GCP teams up with Love to Ride for cycling challenges 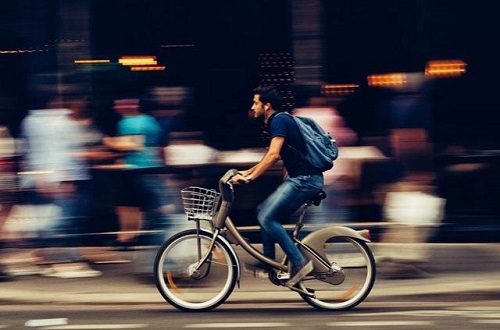 The Greater Cambridge Partnership (GCP) has teamed up with Love to Ride to encourage more people to jump on their bikes to enjoy the benefits of cycling around Cambridge - Britain’s cycling city.

Cycling champions Love to Ride will run four cycle challenges on behalf of the GCP this year, including Bike Week – a nationwide celebration of cycling running from 8-16 June.

Everyone who rides a bike for ten minutes in June – anytime, anywhere – and records it on the Love to Ride website or partner apps will go into a draw for a £750 bike shop voucher or a European city break. There will also be daily cycling giveaways throughout the month.

Cllr Ian Bates, Vice-Chair of the Greater Cambridge Partnership’s Executive Board, said: b“I’m delighted we’ve teamed up with Love to Ride and its programme of initiatives to get even more people out of their cars and on to their bicycles.

“Greater Cambridge is a thriving cycling destination, and our commitment to upgrade existing cycling links and create new routes to provide even greater access to homes and jobs will further enhance our reputation as Britain’s cycling city.”

It’s free for anyone over the age of 16 to register on the Love to Ride website and take part. It does not matter if you ride every day, haven’t been on a bike in years or have never cycled!

People are invited to share their cycling experiences with the #7DaysofCycling hashtag and you can also tag @GreaterCambs on Twitter.

As well as the core Bike Week programme there will be a prize giveaway to mark Clean Air Day on 20 June. A report published by the Greater Cambridge Partnership in February as part of the Choices for Better Journeys campaign revealed that 106 deaths every year can be attributed to poor air quality in Greater Cambridge.

Bike Week is just the start of the summer of cycling, with Cycle to Work Day on 8 August followed by Love to Ride’s main event of the year, September’s Cycle Challenge.

Last run in Cambridge back in 2014, Cycle September is a competition between workplaces to see who can get the most staff to try riding to work. Again prizes are available for both individual competitors and workplaces.

It is based on a tried and tested formula that has engaged 415,000 people worldwide and this year it will be a global event for the first time.

Find out more and register at www.lovetoride.net