Getting polygenic risk scores into the clinic

Scientists and healthcare providers are beginning to use a new approach for assessing a person's inherited risk for complex diseases such as Type 2 diabetes, coronary heart disease and breast cancer, which involves calculating a polygenic risk score (PGS). The score provides an estimate of an individual’s risk for the disease, based on their DNA changes related to those diseases. 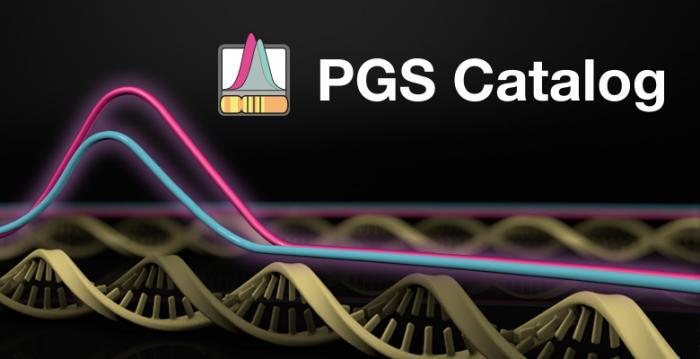 Despite the rise in studies reporting PGS, researchers have observed inconsistencies in how such scores are calculated and reported, and lack of adherence to standards has hindered the translation of this important tool into clinical and public health.

To support the adoption of PGS in the clinical setting, EMBL’s European Bioinformatics Institute (EMBL-EBI) teamed up with the University of Cambridge to create the PGS Catalog, an open database of published polygenic scores.

Each PGS in the database is consistently annotated with relevant metadata, including how the PGS was developed and applied, and evaluations of its predictive performance.

What is a polygenic score?

A polygenic score (PGS) aggregates the effects of many genetic variants into a single number, which predicts genetic predisposition for a trait or phenotype.

To calculate a person’s polygenic risk score, researchers survey DNA variants in over 6 billion locations in the human genome.

“The PGS Catalog was born out of an urgent need to collect published polygenic risk scores in one place, but without consistent standards, the data are not as useful as they could be,” explains Helen Parkinson, Head of Molecular Archival Resources at EMBL-EBI. “The next step was to create and test a set of guidelines outlining which information scientists should include in their PGS studies.”

The PGS Catalog team collaborated with NHGRI’s Clinical Genome Resource's (ClinGen) Complex Disease Working Group to create a minimal information framework for polygenic risk scores, published in the journal Nature, which will help promote the validity, transparency and reproducibility of the data.

"A real challenge is that the research community has not adopted any universal best practices for reporting polygenic risk scores," said Erin Ramos, Program Director for ClinGen, Deputy Director of the NHGRI Division of Genomic Medicine and co-author of the paper. "With the field growing as fast as it is, we need standards in place so we can meaningfully evaluate these scores and determine which ones are ready to be used in clinical care."

The new framework suggests that scientists should explain the statistical methods they used to develop and validate the polygenic risk scores. Without a consistent way of reporting PGS, it is nearly impossible to compare the utility of the scores for assessing disease risk in people. According to the new guidelines, researchers should also consider potential limitations of these scores and how clinicians should use the scores in patient care.

"If researchers can follow these guidelines, it will be more straightforward to evaluate published polygenic risk scores and decide which ones are a good fit for the clinical setting," said Michael Inouye, Director of the Cambridge Baker Systems Genomics Initiative. "For diseases such as breast cancer and many others, we will be able to responsibly place patients in different risk categories and provide beneficial screening strategies and treatments. Ideally, in the future we will detect risk early enough to combat the disease more effectively."