Horse racing podcast chats to Luisa from The Apprentice 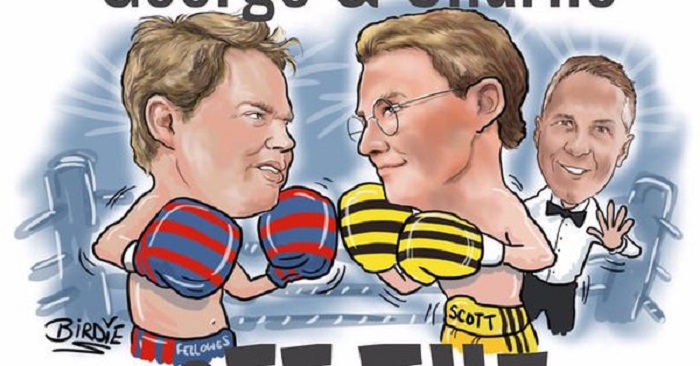 Episode five of George & Charlie Off The Bridle, the podcast produced by Cambridge TV, has Luisa from The Apprentice as the special guest.

Newmarket trainers George Scott and Charlie Fellowes chat about the world of horse racing in this regular podcast.

And in episode five, Luisa Zissman - a runner up in the ninth season of TV's The Apprentice from 2013 and a participant in the 13th season of Celebrity Big Brother as well as being an entrepreneur- talks about a range of topics including preparations ahead of the Magnolia Cup at Goodwood Racecourse, and other horse tales.

She reveals that she has been riding horses since the age of four but her first time on a racehorse was completely different. She started riding out in Hertfordshire and she was "so nervous" initially. But she is sticking to the horse, as she doesn't want to fall off!

She found George and he became her trainer through the link with a mutual friend and she is preparing for the Magnolia Cup - one of the biggest charity races at Goodwood Festival, this year raising money for the charity Wellbeing of Women.

She's supposed to be writing a book, and has a podcast called Loose Lips, but she admits that riding has taken over her life!

With The Apprentice, Luisa said she would either go in the first week or stay until the end, with just one phonecall per week for 10 minutes to support her business and her family. "I would do it again in a heartbeat," she said of the show, having gained investment for her business.

George and Charlie also talk about what's going on in their working lives - a mix of heavyweight opinion and lightweight racing banter - across a wide range of topics, not just horse racing!

Sports journalist Tony Rushmer is the co-host and the podcast is recorded at the Kings Head in Dullingham.

Listen to the podcast here