From the impact of slavery to growing up insecure: education-related events at the Cambridge Festival 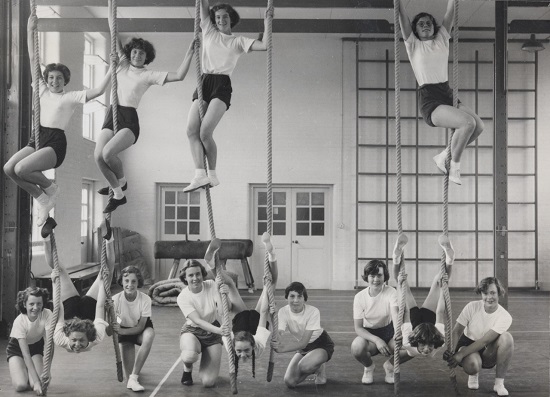 How has higher education benefited from the slave trade and what can it do about it? Does education need to be reformed in the wake of climate change and what will the legacy of Covid be on children?

All these questions and many more will be debated at education-related events at the Cambridge Festival.

The Cambridge Festival, which runs from 26th March to 4th April, brings together the hugely popular Cambridge Science Festival and the Cambridge Festival of Ideas to host an extensive programme of over 350 events that tackle many critical global challenges affecting us all. Coordinated by the University of Cambridge, the Festival features hundreds of prominent figures and experts in the world of science, current affairs and the arts, and has four key themes: health, environment, society and explore.

There are a number of education-related panel events at the Festival, focusing on some of the big issues in education.

Legacies of enslavement, chaired by David Lammy MP, presents a discussion arising from University of Cambridge's two-year, in-depth academic study into ways in which it contributed to, benefited from or challenged the Atlantic slave trade and other forms of coerced labour during the colonial era. The study is also investigating the extent to which scholarship at the University of Cambridge, an established and flourishing seat of learning before and during the period of Empire, might have reinforced and validated race-based thinking between the 18th and early 20th Century. In this context, the discussion focuses on how Cambridge might address issues of reparative justice. Speakers include Professor Sir Hilary Beckles, 8th Vice-Chancellor of The University of the West Indies who is a global public activist in the field of social justice and minority empowerment; Professor Olivette Otele, Professor of History of Slavery and Memory of Enslavement at the University of Bristol and Vice President of the Royal Historical Society; and Sharon Mehari, President of the Cambridge African Caribbean Society who has recently joined the Legacies of Enslavement Advisory Group. The Legacies of Enslavement Advisory Group, which published an interim report last May, is expected to deliver its final report to the Vice-Chancellor in 2022. Alongside its findings on historical links to the slave trade, the report will recommend appropriate ways for the University to publicly acknowledge such links and their modern impact. 29th March

In Writing the next chapter, educators, creatives and storytellers Claire Culliford, Cindy Forde and Marion Leeper explore the limitations of our existing education model and invites us to explore how we might design education that teaches children to understand Earth as an interdependent system and be the innovators and entrepreneurs who see our biggest global challenges as drivers for transformation. 27th March

Other sessions focus on the history of education and what it can tell us about how we learn now.

The history of school life - what can it teach us? is an interactive workshop, led by Dr Peter Mandler and history teacher Molly Navey, which explores changes in the UK education system since 1945. Before the Second World War, few people went to secondary school; mostly they stayed in primary school until they were 14, then went straight to work. Nowadays, everyone goes to secondary school and stays in education or training until at least 18. It is based on a project called Secondary Education and Social Change in the United Kingdom since 1945  which involves Cambridge academics teaming up with four secondary school history teachers to convert their academic research into School Resource Packs, to be used by pupils at Key Stage 3 and above. The aim is to show secondary school pupils, who don’t learn much about modern British social history, how experiences of going to school in post-War Britain are a good measure of how society has changed since 1945. 29th March

In Safe sex for teenagers: a journey through historical and educational resources, Caroline Rusterholz, a Wellcome Trust Research Fellow at Cambridge’s Faculty of History, will provide a historical overview of the evolution of educational materials aimed at young people and produced by sexual health charities from the 1960s. Focusing on a range of leaflets and short films produced by the Brook Advisory Centres and the Family Planning Association, she will highlight some controversies surrounding their publication and explore how boundaries have shifted over time. The session will also expore the gendered notion of responsibility for safe sex practices and the key role played by sexual health charities in defining norms around ‘good’ sexual behaviours and conduct. 29th March

Mathematics anxiety outlines the emotional blocks to learning the subject.  Mathematics is often perceived as a difficult subject by many students, parents and teachers alike. Difficulties with the subject are most often attributed to cognitive factors and emotional factors are often overlooked. However, emotional problems can lead to performance difficulties and/or can become obstacles that discourage students from further mathematics training even if their performance is good. Mathematics Anxiety ranges from the feeling of mild tension to experiencing strong fear and can affect children and adults and affect everyday situations, such as counting change. This talk by Dr Dénes Szűcs explores the latest research in this area. 3rd April

What does a typical mathematician look like? If the first image that pops into your mind is a white man with wild hair, beavering away at scribbling formulae and quite oblivious of the real world, another session at the Festival will change this image radically. In Hidden figures in Cambridge mathematics past Black graduates from Mathematics in Cambridge (see image below) talk about their careers in areas you may not expect, and how their work has influenced governments, shaped future leaders, created wealth, and made a real difference to society. Chaired by Dr Nira Chamberlain, President of the Institute for Mathematics and its Applications, panellists include forensic accountant Jeannie Okikiolu, Uzoma Igboaka, Managing Director at global investment banking firm Jefferies; and Gates Cambridge Scholar Shehu AbdusSalam, an expert in Theoretical Physics at Shahid Beheshti University, Tehran. 3rd April

Other education-related events at the Festival focus on wellbeing, a huge issue during the pandemic:

Many events are aimed at A-level and GCSE students.

They include masterclasses in the Biological Sciences and Medicine for year 12s interested in studying these subjects at university, a live maths workshop for 15-17 year olds with the NRICH programme and the following:

A Young Person's Guide to the Life Sciences - Award-winning PhD student, Annie Howitt  will explain how she got into science, the difference she and other colleagues are making, and why more young people should get into research. 1st April.

The British Economy after Brexit - an interactive digital event designed for Year 12 and Year 13 A-Level (and equivalent) students in Economics and the social sciences. It consists of an online streamed presentation on the British economy by Professor Tony Cockerill, followed by interactive Zoom-based live discussion webinars for School Teams.

Ask the Experts: Body Image and Growing Up Today - psychologist and health scientist Charlotte Markey answers all your questions about growing up strong and confident. 2nd April

Cambridge in Your Classroom: Theology, Religion, Philosophy and Ethics for Teenagers is a series of short films aimed at teenagers and young adults interested in religion, philosophy and ethics.   All day from Friday 26 March until Sunday 4 April

The Immortal Life of Henrietta Lacks will discuss key themes and ideas from The Immortal Life of Henrietta Lacks by Rebecca Skloot. Find out how HeLa cells revolutionised science and contributed, not just to the science, but also to the ethics and philosophy of ground-breaking biology research taking place in Cambridge, and around the world today. Suitable for A-level students of history, biology, and English. 1st April

Many events require pre-booking, please check the events listings on the Festival website.

Keep up to date with the Festival on social media: