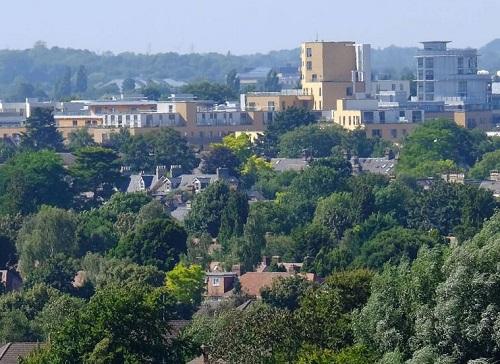 The Greater Cambridge Partnership’s Executive Board agreed last week to develop a full business case to deliver new grid substations at Cambridge East and Trumpington to help unlock thousands of new homes and encourage the take up of electric vehicles.

Demand for electricity is set to triple across Greater Cambridge by around 2031 from growth in jobs, homes, and steps to meet net zero carbon pledges – including the move to electric cars and buses, and the reduction in the dependency on gas as a home energy source.

The ground-breaking proposals, which follow engagement with the electricity distribution market, support the GCP’s objectives to support sustainable economic growth and deliver a greener transport network for Greater Cambridge.

Cllr Elisa Meschini, Chair of the GCP’s Executive Board, said: “Greater Cambridge is growing at a rapid rate and without investment now to reinforce and boost our electricity grid there is a risk that thousands of new homes and jobs are delayed.

“This investment will help to remove that barrier to sustainable growth by providing the energy required for new homes and jobs identified in the Local Plan. It also supports our ambitions to provide more electric buses and to encourage more people to use renewable energy for their homes.”

The Executive Board also progressed three transport projects that will significantly improve public transport and active travel journeys for thousands of people around Greater Cambridge.

Officers will develop proposals for walking and cycling upgrades along the A1134, including improvements to the Addenbrooke’s roundabout, and on Hills Road from Hills Road Sixth Form College to the Regent Street/Gonville Place/Lensfield Road junction.

The two proposed schemes were prioritised for delivery following the Cycling Plus public consultation held in the summer, which asked people for views on spending £20m on schemes to enhance active travel routes around Greater Cambridge. The Board also agreed to continue to develop Greater Cambridge’s active travel network so that there is a pipeline of schemes to deliver as further funding sources are identified.

Revised plans for the Foxton Travel Hub - which will intercept motorists driving to the south of Cambridge and encourage them to travel by public transport - were approved.

Following engagement with the community, the travel hub proposals were adapted with 200 parking spaces – instead of 500 spaces – and 100 cycle parking spaces, alongside better bus services and connections to the active travel network to promote walking and cycling.

The GCP will now submit a planning application to construct the travel hub and develop a bus service agreement with the Cambridgeshire and Peterborough Combined Authority.

Members also agreed to start informal consultation across the city on new Residents Parking Schemes that could be rolled out in the future after Cambridgeshire County Council’s Highways and Transport Committee asked the GCP to take on the project as part of the City Access programme.

Informal consultation on potential residents parking schemes will begin early next year through ward councillors ahead of a more detailed report to follow later in 2022.

An Integrated Parking Strategy, being developed by the GCP and the city and county councils, will be considered by the Executive Board next year looking at how on and off-street parking could be more effectively managed to reduce congestion on the roads and promote the use of public transport and active travel.