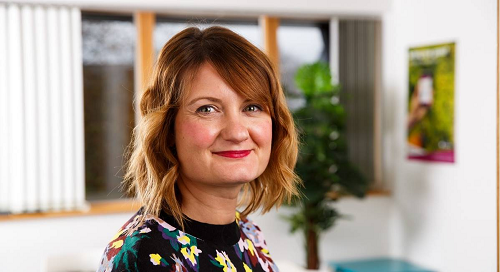 The Cambridge Building Society had a record month for lending in June, supporting 254 purchases and remortgages totalling more than £51 million. The building society did more business in June than at any point in its 170 year history, and more than double the completions in May.

The end of the first phase of the government’s Stamp Duty holiday on 30th June caused a ‘sprint to the finish’, with 116 of 254 completions getting over the line in the last week of the month alone.

The value of those 254 transactions totalled more than £51 million – a record for The Cambridge since it formed as a mutual society in 1850 to get people into homes and houses in and around Cambridge.

“Our people worked tirelessly to get as many transactions completed before the first phase of the Stamp Duty holiday window closed at the end of June,” said Chief Commercial Officer, Carole Charter (pictured).

Nearly three quarters of those completions were new mortgages (purchases) 72 per cent, with 28 per cent remortgages (switching to The Cambridge from another lender).

The Cambridge’s customers’ property transactions completed in June, had an average loan value of just over £200,000, on properties averaging £330,000.

Those who purchased had a total mortgage value of more than £37.25 million on properties valued at more than £55 million.

“Some borrowers managed to save more on their monthly outgoings during the pandemic, with reduced travel costs, being unable to take holidays, and that, together with the Stamp Duty holiday, provided the incentive to move home, or consider purchasing a slightly more expensive property than they would have otherwise considered,” said Carole.

“Although this particular milestone has now passed, we’re still supporting the many homebuyers who are buying lower value properties and need to complete their purchase before the end of September.”

The government’s Stamp Duty threshold has now reduced to £250,000 until the end of September.