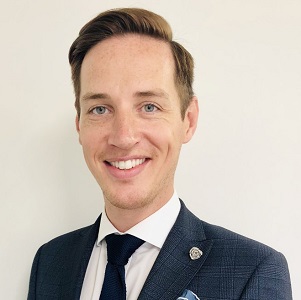 Kleinwort Hambros has announced the appointments of Steven Porter as the new Head of the Client Service Team (CST) and Chris Thomson as new Head of UK Regions.

As Head of the CST, Steven (pictured above) will provide an important link between clients, private bankers and support services throughout the entire client relationship and is a key role in helping to ensure outstanding client service.

With over 15 years’ experience in the financial services industry, Steven joins from Societe Generale where he was the Head of Global Sales Facilitation in the UK and Emerging Markets for Securities Services since March 2018.  Prior to this, he worked for three years at BNP Paribas Securities Services as a Global Client Services Manager.  Since 2007 he has held key roles at BNP Paribas, BNY Mellon and HSBC with a strong emphasis on client services, process improvement and operational service delivery.

Steven will assume the role on 23 September and will report into Andrew Hillery, Head of UK Private Banking at Kleinwort Hambros. 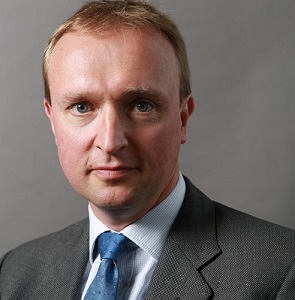 Separately, Chris Thomson (right) has been appointed the new Head of UK Regions with immediate effect, reporting into Andrew Hillery. Chris will continue in his role as Head of the Edinburgh office, which he founded in 2008, while also developing activity across Kleinwort Hambros’ three other regional locations: Leeds, Newbury and Cambridge.  Prior to Kleinwort Hambros, Chris spent twelve years in investment banking, split between London and New York.

Commenting on the appointments, Andrew Hillery, said: “Steven’s appointment as new Head of the CST illustrates our ongoing commitment to enhancing the exceptional client service and personal relationships for which we are known. Additionally, with over half of the wealth in the UK outside London, Chris’ role will be instrumental in driving our regional expansion which is a key aspect of our client offer and future growth.

“We firmly believe that these two senior appointments will help to strengthen our UK business and reflect our broader growth ambitions for Kleinwort Hambros.”