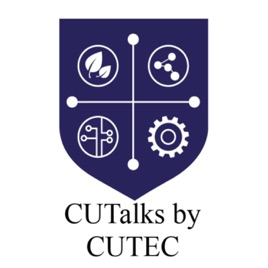 Learn about the typical and not so typical journeys of making ideas reality, from the podcast series by Cambridge University Technology & Enteprise Club for aspiring innovators.

The latest episodes of CUTalks, recorded by Cambridge TV, are available online.

Hear from John Snyder of Muscat and Grapeshot, Matthew Bullock, the former Master of St Edmund’s College, and Catherine Tilley, a researcher at the Institute for Manufacturing at Cambridge University.

In episode seven, Shreya and Thomas talk to John Snyder and discuss John’s experiences in the field of information retrieval and keyword technology, with starting up, growing and eventually selling Muscat and Grapeshot.

John speaks of the challenges he faced as a co-founder, and believes the team should ideally be "chalk and cheese". He says: "I genuinely believe it's a mission, a purpose and how to change the world. That is what fuels the culture of a fast growth business. It's got nothing to do with money."

In episode eight, the guest is Matthew Bullock, an influential figure in helping craft the ‘Cambridge Phenomenon’, with a background in Barclays Bank as a bank manager and in technology financing. He then went on to be involved in the hospital, he chaired a company that was involved in life sciences, and became the Master of St Edmund’s College. This episode was recorded before Matthew, who is an angel investor, was succeeded by Catherine Arnold OBE.

In terms of start-ups, Matthew says that people rush to make "a thing" - but at that stage you are crystallising it too early on. When you know what they like, then you should accelerate to a product.

In episode nine, Shreya and Thomas talk to Catherine Tilley, a researcher at the Institute for Manufacturing at Cambridge University, who is focussing on decision-making in companies.

Catherine joined the IfM from the Cambridge Institute for Sustainability Leadership where she was Director of Education, and had a career at strategy and consulting firm McKinsey & Company. Catherine was also a keynote speaker at CUTEC’s Technology Ventures Conference earlier this year.

Catherine speaks about a number of things including what companies can do to ensure their start-up is sustainable.

The podcast is produced by Carl Homer of Cambridge TV.