Measures to reduce suicide risk should focus on wider population 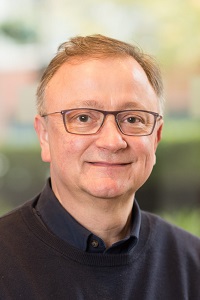 A study with researchers at CPFT and the NIHR Applied Research Collaboration East of England has highlighted suicide risk in larger groups of young people with mild or moderate mental distress.

The findings published in BMJ Open indicate that approaches to reduce suicide risk in young people need to focus on the whole population, not just those with severe distress, depression or anxiety.

CPFT Non-Executive Director and NIHR ARC East of England Director Professor Peter Jones (pictured) is the lead senior author of the study, working with colleagues from the University of Cambridge and University College London. It was supported by the Wellcome Trust and the National Institute for Health Research.

Peter said: “Around 70% of young people who report self-harming or suicidal thoughts are within normal or non-clinical range of mental distress. These findings have major implications for young people’s mental health, and are noteworthy for being replicated in the two independent samples.

“It is well known that for many physical conditions, such as diabetes and heart disease, small improvements in the risks of the overall population translate into more lives saved, rather than focusing only on those at extremely high risk. This is called the ‘prevention paradox’, and we believe our study is the first evidence that mental health could be viewed in the same way. We need both a public health and a clinical approach to suicide risk.

“This is particularly important as the widespread effects of the Covid-19 pandemic unfold. We need a two-pronged response, with accessible, effective services for young people with mental disorders, and population-wide, universal prevention approaches to support the mental health and wellbeing of all young people.”

Recent studies suggest a broad range of mental health problems – e.g. depression, anxiety, impulsive behaviour, low self-esteem, and so on – can be taken as a whole to measure levels of “common mental distress” (CMD). Researchers analysed levels of CMD in two large groups of young people through a series of questionnaires.

They also separately collected self-reported data on suicidal thinking and non-suicidal self-injury: predictive markers for increased risk of suicide – the second most common cause of death among 10-24 year olds worldwide.

Both groups included young people aged 14-24 from London and Cambridgeshire. The first contained 2,403 participants. The study’s methods – and findings – were then reproduced with a separate group of 1,074 participants.

Those with severe mental distress came out highest for risk of suicide. However, the majority of all participants experiencing suicidal thoughts or self-harming – 78% and 76% respectively in the first sample, 66% and 71% in the second – ranked as having either mild or moderate levels of mental distress.

This study suggests that small increases in stress across the entire population due to the coronavirus lockdown could cause far more young people to be at risk of suicide than can be detected through evidence of psychiatric disorders.