Opinion: Employers should cut hours not people during the pandemic 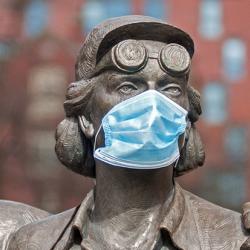 If the UK emulated short-time working programmes in countries like Germany, it would help mitigate the mental health as well as economic crises caused by the coronavirus, argue researchers from the Employment Dosage project.

Millions of UK lives have been changed significantly in the past few weeks, even those who have not been infected by the virus. Three of the most widespread changes for many working age adults have been:

1. The loss of a job or a large reduction in working hours
2. A shift in the place of work from the employer’s premises to homeworking
3. Living in social isolation alone or with other members of one’s household (adults and children) who are also spending more time at home.

We know from past research that any one of these can have negative mental health consequences, but the combined effects of these changes is unprecedented and unexplored. There are already media reports of the strain that this is putting on individuals and families. It is likely that many of these problems will be exacerbated over the coming months.

Deteriorating levels of mental health in the population will not just cause individual misery - for instance through increased symptoms of anxiety and depression - but the research to date on unemployment suggests that this will likely lead to knock on effects on the family, particularly a spouse. It may also lead to increased breaches of social distancing rules or civil unrest.

The Chancellor’s plans to save jobs through the furlough scheme are largely aimed at the financial fallout of the pandemic: the desire to avoid widespread hunger, destitution and financial insecurity, while also recognising the importance to society’s overall wellbeing of the ability for businesses to recover quickly.

Why employment matters beyond income

As social scientists have found repeatedly, in different countries and different demographic groups, the loss of the wage only explains a small fraction of the very large mental health deficit associated with unemployment and economic inactivity.

Image: Sheffield's Women of Steel statue during the pandemic