A pilot study of rare undiagnosed diseases involved analysing the genes of 4,660 people from 2,183 families, including hundreds of patients from Addenbrooke’s hospital.  Whole genome sequencing proved to be a better way to diagnose rare diseases than usual genomic testing methods. 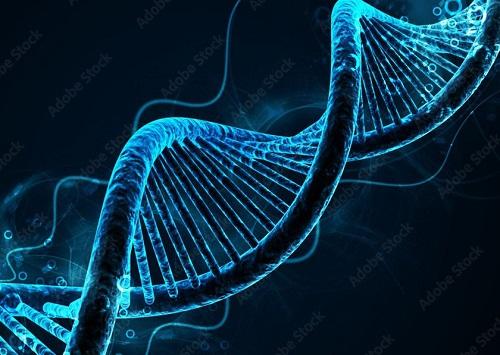 The study, led by Genomics England and Queen Mary University of London and undertaken in partnership with the Cambridge-based National Institute for Health Research (NIHR) BioResource, found that using WGS led to a new diagnosis for 25% of the participants. Of these new diagnoses, 14% were found in regions of the genome that would be missed by other conventional methods, including other types of non-whole genomic tests.

Many of the participants - all of whom were early participants in the 100,000 Genomes Project - had gone through years of appointments, without getting any answers. By having their whole genome sequenced diagnoses were uncovered that would not have previously been detectable. The pilot study shows that WGS can effectively secure a diagnosis for patients, save the NHS vital resources and pave the way for other interventions.

Participants who received a diagnosis through the pilot include:

For around a quarter of study participants, their diagnosis meant they were able to receive more focused clinical care. This included further family screening, dietary change, provision of vitamins and / or minerals and other therapies.

The study is the first to analyse the diagnostic and clinical impact of WGS for a broad range of rare diseases within a national healthcare system. The findings support its widespread adoption in health systems worldwide.

The high performance of WGS for specific conditions observed in the pilot study - including intellectual disability, vision and hearing disorders of 40-55% diagnostic yield - has underpinned the case for the inclusion of WGS to diagnose specific rare diseases as part of the new NHS National Genomic Test Directory.

The pilot study was also conducted in partnership with the National Institute for Health Research (NIHR) and Illumina who undertook the sequencing, and it was funded by the NIHR, the Wellcome Trust, the Medical Research Council, Cancer Research UK, the Department of Health and Social Care, and NHS England.

Professor Sir Mark Caulfield (one of the lead authors) from Queen Mary University of London, and former Chief Scientist at Genomics England, said: “We hope this major advance will enable rare disease patients worldwide to start receiving diagnostic whole genome sequencing where appropriate. Our findings show that deployment of this comprehensive and efficient genomic test at the first signs of symptoms, can improve diagnostic rates. This study has paved the way for clinical implementation of whole genome sequencing as part of the NHS Genomic Medicine Service.”

"The NIHR BioResource is delighted to have worked in partnership with Genomics England and NHS England to deliver this study. It is transforming the approach to diagnosing rare diseases in the NHS<" said Professor John Bradley, Chief Investigator of the NIHR BioResource, and Director of Research at Cambridge University Hospitals.

Jillian Hastings Ward, Chair of the Genomics England Participant Panel, said: “The people who signed up for whole genome sequencing in this pilot study were hoping to find new diagnoses for their loved ones, and were willing to share their precious data with Genomics England so that rare diseases could be better understood. The pilot has helped on both of these fronts and we are delighted that whole genome sequencing is now being routinely offered by the NHS to more families across England as a result. This is the beginning of a great leap forward and it needs families, clinicians and researchers to continue to work together for its full potential to be realised.”

Dr Louise Wood CBE, Director of Science, Research and Evidence at the Department of Health and Social Care and Deputy CEO of the NIHR, said: “This study underpinned the UK’s 100,000 genomes project which went on to provide the evidence base for integration of whole genome sequencing into routine clinical care in the NHS. Rare diseases patients and their carers tell us one of their top priorities is getting a diagnosis. This research showed significant progress can be made in addressing this ask and, in about a quarter of cases, in enabling clinical action to be taken on the basis of the diagnosis.”

About the pilot study:

Rare disease is a global health challenge, with approximately 10,000 disorders affecting six percent of the population in Western societies. Over 80% of rare diseases have a genetic component, and these conditions are disabling and expensive to manage. One third of children with a rare disease die before their fifth birthday.

The 4,660 pilot study participants were recruited and had their whole genome sequenced throughout 2014-2016.