Faced with a more uncertain economic climate, a record** number of finance leaders (98%) anticipate operating costs to rise in the year ahead, according to Deloitte’s UK CFO Survey Q1 2022. Almost half of CFOs (46%) expect these rises to be significant. 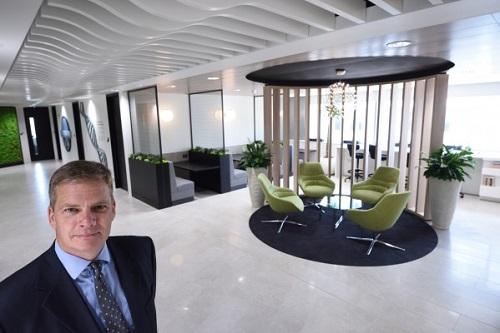 In light of cost increases, there has also been a sharp deterioration in the outlook for corporates’ margins. A majority of CFOs (71%) believe operating margins will fall over the next 12 months, compared to 44% in the previous quarter. But despite this, three-quarters expect revenues to rise over the next year.

Meanwhile, capital spending remains a strong priority for 21% of CFOs, even with a more challenging operating environment. Although this has dropped from last quarter’s record high (37%), it remains considerably above the five-year average of 14%.Conducted between 16 and 30 March 2022, Deloitte’s latest quarterly CFO Survey captured sentiment amongst the UK’s largest businesses, against a backdrop of ‘Plan B’ COVID-19 restrictions easing and after the Russian invasion of Ukraine. The latest survey saw 89 CFOs participate, including CFOs of 22 FTSE 100 and 34 FTSE 250 companies. The combined market value of the 58 UK-listed companies that participated is £526 billion, approximately 20% of the UK quoted equity market.

Geopolitics has risen sharply as the top risk facing CFOs’ businesses. With the exception of the pandemic during Q2 and Q3 2020, the risk rating assigned to geopolitics is higher than any other factor since the question was first asked in 2014. Rising inflation, the prospect of further interest rate rises, and persistent labour shortages, also rank high on the list of CFO concerns.

“Rising geopolitical risk in the wake of the invasion of Ukraine and alongside high inflation mean that the external challenges faced by business are greater today than at any time in the last eight years. These risks now far eclipse Brexit and the pandemic, which have dominated the list of CFO concerns in recent years. Over the next year, CFOs believe a mix of rising costs and slower growth are set to squeeze margins.

“In spite of this - as finance leaders have become accustomed to navigating a more volatile business environment - they remain focused on capital spending and growing their businesses.”

CFOs expect interest rates to rise substantially over the next 12 months. On average, they expect the Bank of England’s base rate to be 1.5% in a year’s time, double its present level of 0.75%, but below current financial market expectations.

Just over a third (35%) of finance leaders report that their businesses have faced significant or severe recruitment difficulties in Q1 – a slight improvement from Q4 2021 (46%). CFOs anticipate labour shortages will persist, with around one in four saying these will be significant or severe in a year’s time.

In Q1, more than a quarter of CFOs reported significant or severe levels of supply chain disruption. A modest improvement in conditions is expected, with one in six CFOs anticipating similar levels of disruption in a year’s time.

Paul Schofield, South East Practice Senior Partner, comments: “How quickly things move - geopolitical events and the longer term economic outcomes of COVID-19 are having an impact on operating costs and margins. This is something we have definitely seen in the Eastern Region and in recent corporate reporting.  Pleasingly, despite predicting further inflation and interest rates rises, we see CFOs continuing to invest – which gives some reason for positivity as we look forward.”

*Since the question was first asked in 2013

**Since the question was first asked in 2011