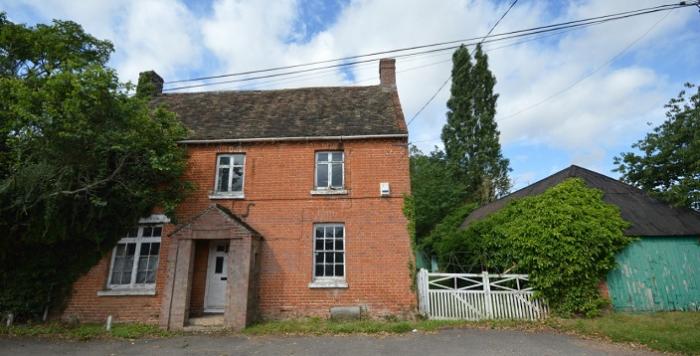 Cheffins will offer a series of refurbishment projects, as well as mixed-use buildings, commercial investments and land and conversion opportunities at the firm’s property auction on 15th September. Hosted at the Cheffins salerooms in Cambridge, the September auction will follow the live-webcast format, offering buyers the option to bid on the telephone, online or by proxy.

Among the ever-popular refurbishment opportunities, one of the highlights is a two-bedroom, mid-terrace house on Kingston Street, Cambridge (pictured right). In need of refurbishment, the house within the popular Mill Road area of the city and has an estimate of £300,000 - £325,000.

In the surrounding villages, a period four-bedroom house on Post Street in Godmanchester which needs modernisation has an estimate of £325,000, while a red brick three-bedroom, detached cottage in Knapwell (pictured above) with large gardens and outbuildings which have the potential for conversion, is set to sell for the same price.

Towards Ely, a three-bedroom detached house needing full modernisation is also offered with an agricultural barn which may offer scope for development, located in Littleport, it is set to sell for £300,000 - £325,000.

For those looking for a commercial investment, there are a series of mixed-use and retail opportunities also going under the hammer. In Frinton-on-Sea, a three-storey mixed-use property which was previously occupied by Lloyds Bank is set to sell for around £500,000. This large building incorporates a prime retail shop with a total frontage of 11.8 metres, as well as two substantial duplex apartments, set on Connaught Avenue, right in the heart of this busy seaside town. In Saffron Walden, a Grade II listed mixed-use building on the High Street has an estimate of £475,000 - £500,000. The building includes a large retail space, currently let to framing shop, ‘art@home’, and a pair of one-bedroom flats on the first floor. Other commercial investments include a retail property in Lowestoft which is fully let at a rent of £26,000 per annum, has planning to add two flats above, and has an estimate of £275,000 - £300,000; whilst a large double-fronted shop on Haverhill High Street which is currently let to YMCA is offered with an estimate of £125,000 - £150,000.

For those looking to create a barn conversion, there is a small redundant farmyard of 0.46 acres (with further land available) in Fordham, near Ely. The lot includes an extensive range of buildings including barns, cart sheds and brick storage buildings, which have had prior approval for change of use to residential and the site has an estimate of £190,000. Also in Fordham, there is a small farmyard of 0.34 acres which includes a Nissen hut and a timber barn which have prior approval for change of use into residential. The site has an estimate of £140,000.

Ian Kitson, Director, Cheffins, says: “Residential property needing refurbishment continues to be eagerly sought-after throughout East Anglia, and these types of projects are becoming harder to come by as both private buyers and developers compete for the best examples. The houses available at this sale in Cambridge, Knapwell and Godmanchester are all in sought-after locations and have the potential to provide fantastic homes or to be sold on for a profit following renovation. The September sale also sees a good mix of commercial investment opportunities and land lots which will be of interest to investors as well as end-users. Amenity land has seen a real growth in popularity in recent years and we expect those lots on offer to see a good deal of interest on the day.”

Cheffins’ property auction generated around £11,000,000 in the previous 12 months, throughout the East Anglia and Mid Anglia regions.

The auction will take place on Wednesday 15th September, from 2pm, online at https://www.cheffins.co.uk/property-auctions.htm