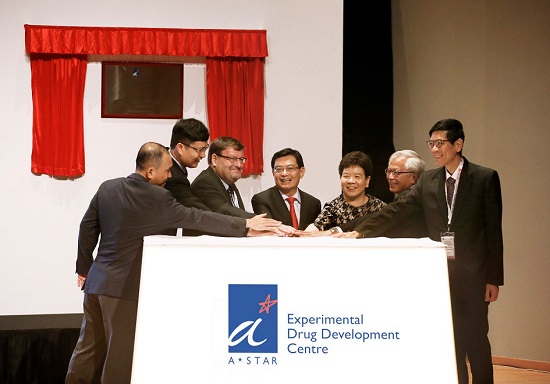 After a period of relative quiescence, the pharmaceutical sector in Asia has become active and productive across a range of activities, says Kevin Xu, General Manager of Biocair Asia Pacific.

The Chinese Food and Drug Administration’s reform has initiated a raft of new approvals and product launches - over 40 in 2018, compared to just six annual approvals from 2015 through to 2017. In addition, this reform process has reviewed and updated 300 already approved drugs on the National Reimbursement Drug List - creating new markets and new prices. China’s biotech startups doubled their venture capital investment in 2017, and in 2019 AstraZeneca made a $1billion pledge to support Chinese biotech development.

In Japan, the focus remains on reforming distribution channels. Digital mapping of the whole pharma process, from alerts and notifications for medical staff through to patient apps, online knowledge portals, and even crowd-sourcing side-effect data are altering the way that pharmaceuticals are distributed throughout the population.

While India strives to be a major player in regional pharma, two things make it unlikely to achieve its ambitions anytime soon:

Singapore not only has its own highly individual approach to pharmaceutical innovation, it also has a range of factors that make it a hotbed for development. Unlike other Asian markets, it has become a net exporter of medicinal items, not just to regional neighbours such as Japan but to international marketplaces such as Switzerland and the Netherlands. Supporting this is a small increase in sectoral employment, significant as it bucks the trend of declining employment in many other sectors. Equally, investment has doubled in recent years from $197 million in 2012 to over $440 million in 2017.

What makes Singapore a regional leader in pharmaceuticals?

Government support for the pharma sector in Singapore is a significant component - the new Experimental Drug Development Centre (EDDC) is designed to allow public and private investors to work together to develop new medicines. Major investors in the Singapore pharmaceutical market include GlaxoSmithKline, Novartis, Pfizer and Aventis, several of which are also involved in industry/academic partnerships and government/industry groupings designed to improve the sector’s performance. The latest - the Pharma Innovation Programme Singapore (PIPS) - came into existence in 2018 and has an estimated investment value of S$34 million.

Furthermore, as a major re-exporter of pharmaceuticals, Singapore benefits from a strong regulatory body in the Health Sciences Authority which guarantees quality and consistency in drugs and devices moving through the entrepôt.

Logistics partners have been well integrated into the Singaporean pharma development plan; Changi Airport Group and a range of airfreight service providers have been involved in a partnership agreement called Pharma@Changi initiative. Since 2017 pharmaceutical cargo has been in the top five airfreight cargoes and Pharma@Changi aims to achieve the highest standards in pharmaceutical handling, ensuring that the airport is a centre of excellence.

Biocair is the global specialist courier with over 30 years of dedicated experience in the pharmaceutical, biotechnology and life science sectors