Stevenage Bioscience Catalyst (SBC), a leading location for development and commercialisation of cutting-edge therapeutics, is pleased to announce that Professor Jackie Hunter is to take the role of  Chair in September 2020. 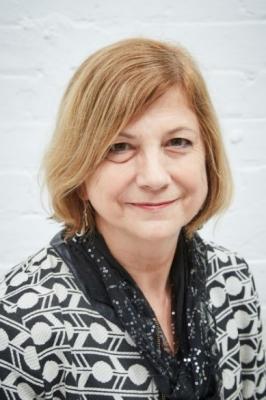 Jackie is currently a Board Director at BenevolentAI and has over thirty years of experience in the bioscience research sector, working across academia and industry, including leading neurology and gastrointestinal drug discovery and early clinical development for GlaxoSmithKline (GSK). BenevolentAI is a British-held company using AI to augment the research capabilities of drug scientists, radically changing the way R&D is done.

Before joining BenevolentAI, Jackie was Chief Executive of the Biotechnology and Biological Sciences Research Council (BBSRC). She has been recognised by Forbes Magazine as one of the Top 20 Women Advancing AI Research and named in MedicineMaker’s Power List 100 for 2019. She is a member of the Biomedical Board for A*Star in Singapore, the Science Advisory Board for the Data Science Institute at Imperial College London, a Board Director of the UK BioIndustry Association and recently joined the Technology Advisory Board for British Petroleum plc. She is also a visiting Professor at Imperial College and at St George’s Hospital Medical School. She has held Non-Executive Board positions for both private and public companies.

Dr Sally Ann Forsyth, CEO at SBC said: “With her years of expertise in the sector, both academic and commercial, Jackie will provide an invaluable insight in the role. She is ideally placed to support the growth of our companies and our Campus. We are delighted to welcome her as Chair of our Board.”

Prof. Jackie Hunter commented: “I am excited to be joining SBC as Chair at such a dynamic time for the world-leading Campus, and I very much look forward to working with Sally Ann and her team.”

Jackie will be replacing the outgoing Chair, Dr Ian Tomlinson, who has contributed to the SBC Board for the last nine years. He was appointed Member Director (GSK) in October 2011 before progressing to Chair in August 2015 upon leaving GSK.

Dr Sally Ann Forsyth expressed her gratitude to Dr Ian Tomlinson: “SBC would like to thank Ian for his exceptional leadership and advocacy in the role which has seen the rapid growth of the cluster. We wish him the very best for the future."

Stevenage Bioscience Catalyst is a leading location for development and commercialisation of advanced therapeutics. The campus is home to GSK, the Cell & Gene Therapy Catapult Manufacturing Centre, LifeArc and Cytiva plus 40+ start-up companies which together have raised £2.9bn equity investment, ...