Tanks to be used for oxygen in the NHS: Johnson Matthey makes donation to NHS 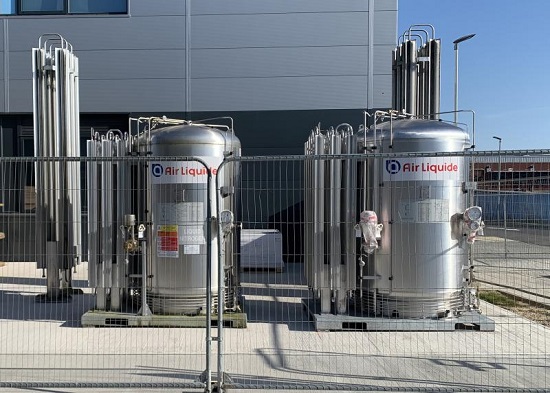 Johnson Matthey, a leader in sustainable technologies, is preparing to open its battery materials application centre at the science and technology park in Milton Park, Oxfordshire. The plan is to open this centre later this year and, once open, this will be an important site where JM can continue to develop next generation battery materials.

Currently two 3000-litre cryogenic bulk liquid tanks, which will hold nitrogen and argon have been installed. Then a call from one of JM’s key suppliers prompted an immediate change of plans.

Air Liquide had been in conversations with the NHS about ensuring they had sufficient storage equipment in hospitals. As a result of the conversation, Air Liquide approached JM to see if we could donate these tanks to be used for oxygen storage in hospitals. Given the unprecedented nature of the current emergency, JM immediately agreed to the request.

Installation of a liquid oxygen supply system at another JM’s plant in the north east of England has also been suspended, and a further tank will be redeployed to the NHS.

Andru O’Farill, Head of Application Testing, Engineering and Maintenance for Battery Materials, said: “When we received the call, it was an instant decision. We’re delighted to help the NHS in a small way by releasing these tanks for use in hospitals. They hadn’t been used so it will be simple to hand them over. It’s important that we all do our bit to help and I’m proud that we’ve been able to do that. Thanks to the whole team for helping make this happen.”

At the new site in Milton Park, JM is developing next generation battery materials with improved energy density (so the mileage of battery electric vehicles between charges can be increased) , pulse power (for improved acceleration) and safety, while minimising the use of expensive and scarce raw material such as cobalt. JM’s family of ultra-high energy density eLNO® cathode active materials delivers improvements in all these critical performance areas.