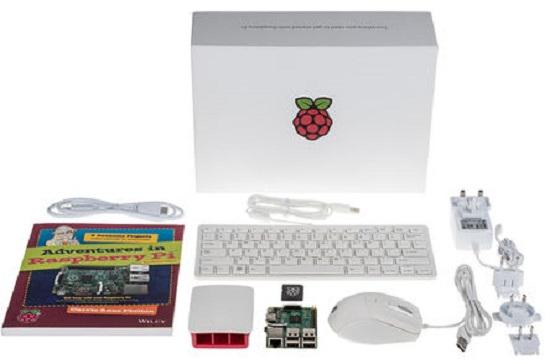 When we started Raspberry Pi, we had a simple goal: to increase the number of people applying to study Computer Science at Cambridge. By putting cheap, programmable computers in the hands of the right young people, we hoped that we might revive some of the sense of excitement about computing that we had back in the 1980s with our Sinclair Spectrums, BBC Micros and Commodore 64s.

With this in mind, you can imagine how strange it feels to be able to announce that over the last four and a half years we’ve sold a grand total of ten million Raspberry Pis. Thanks to you, we’ve beaten our wildest dreams by three orders of magnitude, and we’re only just getting started. Every time you buy a Raspberry Pi, you help fund both our ongoing engineering work, and our educational outreach programs, including Code Club and Picademy.

Very early on, we decided that we would offer the bare-bones Raspberry Pi board without accessories: that way, cost-conscious customers get the lowest possible price, provided they can beg or borrow USB peripherals, a power supply and an SD card. Over the years, Raspberry Pi distributors have built on this, producing some fantastic bundles for people who would rather get everything they need from a single source.

To celebrate the ten millionth Raspberry Pi, for the first time we’ve put together our own idea of what the perfect bundle would look like, creating the official Raspberry Pi Starter Kit.

Inside the minimalist white box (like the official case, another beautiful Kinneir Dufort design), you’ll find:

This is an unashamedly premium product: the latest Raspberry Pi, official accessories, the best USB peripherals we could find, and a copy of the highest-rated Raspberry Pi book. The kit is available to order online in the UK from our partners element14 and RS Components, priced at £99+VAT, and will be coming to the rest of the world, and to your favourite reseller, over the next few weeks.

* Watch a video featuring Liz Upton, co-founder of Raspberry Pi, talking about her experience with Cambridge Network's School for Scale-ups