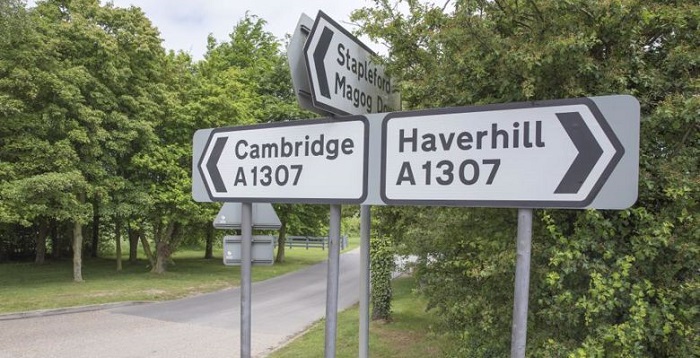 The Greater Cambridge Partnership (GCP) Executive Board has approved plans for a new high quality public transport route that will mean thousands of people can leave their cars at home and travel into the city and the Cambridge Biomedical Campus (CBC) more sustainably.

The Board yesterday (Thursday) gave the green light to a raft of plans to transform the way people travel, including the preferred off-road route for phase two of the Cambridge South East Transport scheme, three further ‘Greenways’ schemes for segregated cycling, and experimental walking and cycling measures to support people and businesses through the recovery from Covid-19.

The Cambridge South East Transport Scheme will connect the city and CBC with communities to the south east including Great Shelford, Stapleford and Sawston as well as linking key employment sites of Granta Park and Babraham Research Park.

A new travel hub near the A11 will mean drivers can leave their cars outside the city and complete their journeys on bike or improved public transport services running on a segregated off-road route.

The route is intended to be served by modern, electric vehicles to limit air pollution and noise, and will also deliver a separate path alongside so people can walk, cycle or ride horses the whole length of the route – encouraging sustainable and active travel.

A full Environmental Impact Assessment of the preferred scheme with a further phase of public consultation is planned in the Autumn. The final scheme would then come back to the Executive Board for a final decision before an application is submitted to the Secretary of State for approval.

The GCP’s priority public transport routes form an integral part of the delivery of the Cambridgeshire and Peterborough Combined Authority’s Cambridgeshire Autonomous Metro (CAM) scheme, part of a network of regional routes planned for delivery by 2024.

The Executive Board also approved a range of experimental projects to support work led by Cambridgeshire County Council to make it safer for people to cycle and walk around Greater Cambridge during the Covid-19 pandemic.

Walking and cycling has been identified as vital to the national recovery from Covid-19 and local authorities across the country are working to make walking and cycling easier and safer and support social distancing.

The GCP plans – which are part of a wider programme developed by the County Council – include extensions to the pedestrianised zone in the city centre and other changes to create low-traffic streets. The GCP will look to provide additional cycle parking alongside improved access to ebikes and cargo bikes, and will work with businesses to develop a pilot for deliveries and freight in the city centre.

The GCP-funded schemes are experimental to enable them to be installed more quickly to support the Covid-19 recovery – meaning people can try out the new schemes and provide feedback. This feedback will be considered before any decisions are taken on potential permanent measures.

In developing these measures, and adapting them to support the Covid-19 response, the GCP has been taking into account the recommendations of the Citizens’ Assembly, which included creating more space for walking and cycling, and taking opportunities to trial measures when quick action is needed.

At their meeting, the Executive Board considered and agreed the GCP’s response to the Citizens’ Assembly and committed to report back to them on progress later in the year.

The Executive Board also:

Cllr Hickford said: “The approval of the Cambridge South East Transport scheme is a big step in our ambitions to reduce congestion and improve air quality by giving thousands of people travelling from the south east the option to get out of their cars and switch to first-class public transport services to get to work and appointments at the Cambridge Biomedical Campus.

“Supporting more people to walk and cycle has been identified as vital to the national recovery from Covid-19 - and so I am pleased that we are able to support Cambridgeshire County Council to make it safer for people to get around by funding these schemes that can be installed quickly on an experimental basis and enable people to try them out and provide feedback to us.”

The virtual meeting is available to watch back on YouTube. Papers for the Executive Board meeting can be found on the County Council website.