'This is why binge-watching is no longer in fashion' 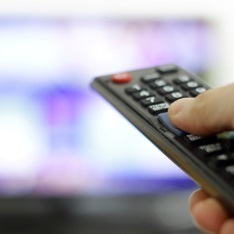 A leading TV academic believes binge-watching has now finally fallen out of fashion.

Writing in the academic journal Participations: Journal of Audience & Reception Studies, Dr Mareike Jenner of Anglia Ruskin University (ARU) explains that even Netflix, a platform whose success was built on the practice of binge-watching, has started to change its approach.

Her journal article explains how the connotations around binge-watching have followed a similar path to channel-surfing, which burst on to the scene with the advent of TV remote controls, only to become associated with the kind of activity enjoyed by “couch potatoes”.

Dr Jenner, Senior Lecturer in Media Studies at Anglia Ruskin University (ARU), explains how the “cultural capital” that was first attached to binge-watching a quality DVD boxset has long since disappeared.

Dr Jenner, who is also the author of the book Netflix and the Re-Invention of Television, said: “Last year Guy Pearce admitted he was instructed not to use the term while promoting The Innocents. The fact Netflix are telling their actors not to use the term in public means that binge-watching is becoming something to be frowned upon rather than celebrated.

“Binge-watching really began when series such as HBO’s The Sopranos and Six Feet Under were made available on DVD boxsets. Then, gorging on quality TV over an evening or even a weekend was seen as a sophisticated activity, carried out by people who could afford it, both in terms of money and leisure time.

“The change happened with the rapid growth of Netflix, which needed additional content to help its expansion. Netflix has extended into a broad variety of genres. That, coupled with low subscription costs, meant there was an almost inevitable backlash from the cultural commentators and trendsetters, probably fuelled by a large dollop of snobbery. Their elite activity was now being enjoyed by everyone.

“This normalisation of spending evenings watching back-to-back episodes was quickly followed by demonisation and moral panics as we got into the ‘what if our children watch this’ debates, which we saw around the controversial series 13 Reasons Why.

“We’re currently seeing streaming platforms introduce different ways of providing content, such as ‘drip feeding’ episodes. Several platforms, such as Disney+, are now releasing one episode a week, just like traditional TV. The companies see this as the way forward. Now the more restrained you are, the more sophisticated you are.”