Cambridge ranks as Europe’s third most dynamic city, according to the Savills Investment Management (Savills IM) Dynamic Cities index. It also ranks first for Inclusion, second for Inspiration and Innovation as well as fifth for Infrastructure. 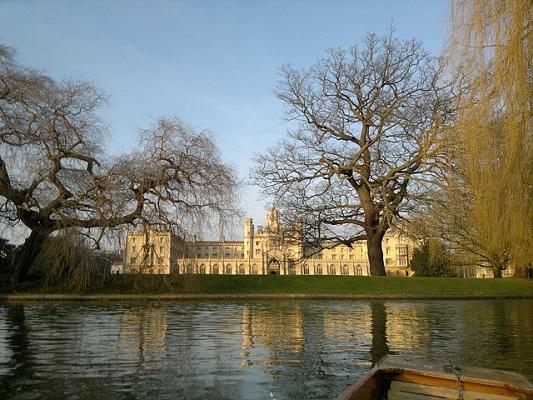 Although Cambridge edged down one ranking this year from second to third, it still excels in terms of Inclusion, Inspiration and Innovation, ranking either first or second in these categories. With its world-renowned university, Cambridge scores particularly well in terms of cultural and social activities relative to its size. Importantly, the extent to which locals engage in such events is also high.

A leader in advanced technology and life sciences, Cambridge has the largest centre of medical research and health science in Europe. According to 2thinknow : City Benchmarking Data, the city ranked first for start-ups per capita in 2018 and third for number of patents per capita in Europe, making it the second highest-ranked UK city in this context.

Hamish Smith, Head of Research, UK, Savills IM, commented: “Cambridge is a city driven by innovation and the benefits of knowledge spillovers, with its university drawing big science, technology and data firms. These and other qualities identified by our Dynamic Cities index mean that it is well-placed to embrace the challenges of today’s world, such as urbanisation and technological change, while also making the city an attractive real estate proposition.

Nick Mansley, Executive Director, Real Estate Research Centre and Course Director, Real Estate Masters, Department of Land Economy, University of Cambridge, commented: “Cambridge continues to be a dynamic market that benefits from global trends, with a focus on knowledge-intensive industries. These form a research and innovation ecosystem, with the academic base and other organisations in the subregion at the heart of the city's growth. In striving for excellence, many of the organisations in the city look to a global talent pool, which is reflected in international diversity in the city.

“In addition, with multidisciplinary research becoming increasingly important, the city benefits from having research and technology strengths across a wide range of areas that can interact and collaborate. This makes it a great city for firms seeking to benefit from this innovative culture and its diversity. Cultural and other amenities that make it an attractive city in which to live play an important part in sustaining this growth. The challenge of retaining this attractiveness whilst growing strongly is something that both the public and private sectors have been looking to address with long-term plans for the development of the city and the wider subregion.”

The UK was particularly strong in the Inspiration category, claiming 4 of the top 10 slots, with London first, Cambridge second, Oxford seventh and Edinburgh ninth. Inspiration measures livability, capturing a range of indicators including the intensity of cultural amenities that drive engagement and discussion, such as theatres, museums and parks and cafes, all of which provide a rich urban experience. The subfactors included in the Inspiration category are important to attract and retain human talent.

Analysis accompanying the Dynamic Cities index highlights the economic strength of the top 10 cities, which delivered GDP growth of 70% between 1998 and 2018, versus 39% for the 28 countries in the EU (EU-28). Employment levels in the top 10 over this period also rose by 31%, versus 15% in the EU-28, according to Oxford Economics.

The index predicts that all CRE sectors will benefit from these characteristics over the long run: rising employment will help support the office sector, wealth creation will benefit the retail sector and the explosive growth in e-commerce will drive demand for urban logistics and warehouse facilities.

Image by hughmacmillan from Pixabay