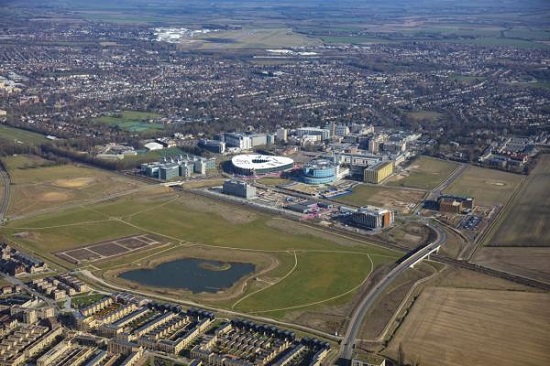 Cambridge Biomedical Campus (CBC) is launching a new vision for the campus, with a request for the people of Cambridge to get directly involved in shaping its future.

The site, one of the world’s leading clusters of healthcare, research and related life science activity, has grown and developed considerably since its birth in 1967.

Today it is the largest employment site in Cambridge, home to a number of organisations including: the University of Cambridge, Cambridge University Hospitals, Royal Papworth Hospital, Cambridgeshire and Peterborough NHS Foundation Trust, the MRC Laboratory of Molecular Biology, AstraZeneca and Abcam.

This puts the campus at the forefront of globally significant research and development - saving lives and addressing key challenges facing public health today - while the cluster of hospitals contributes directly to providing the best healthcare expertise available for local communities, as well as for others from further afield, on a daily basis.

There is also a recognition that the campus could increase its contribution to the city that is its home as well as address some of the challenges which its growth causes for neighbouring residents – something the new vision is intended to address.

The conversation it is launching on its vision will be an opportunity for the community to join the organisation in thinking of the long-term future of CBC and how it shapes proposals going forward.

Roland Sinker, Chief Executive, Cambridge University Hospitals NHS Foundation Trust, said: “Countless lives have been saved and health improved through the work on the campus – whether it is in the hospital bed, a new treatment delivered in the community or through research in the lab. While this work is internationally recognised, CBC is born and bred in Cambridge. The work we do directly benefits the local community, both in terms of health services and employment opportunities, but we want to go much further in terms of our contribution to the city and local people.

“The new vision is designed to take CBC forward through the coming decades. Key principles of the vision are focused on making the campus feel part of the life and activity of the city rather than being somewhere simply located within it. We want CBC to be an integral part of the city and its life.”

Professor Stephen J Toope, Vice-Chancellor, University of Cambridge, said: “We are at the early stages of this process. We’ve developed some key principles that we think would deliver this vision but we would welcome hearing from others. This isn’t a consultation so much as a conversation - we genuinely want to hear from our neighbours and local stakeholders.

“We are running the conversation on our vision alongside the local authorities’ Local Plan process. As part of the preliminary work, CBC has identified land near the Campus that would enable it to grow sensibly in order to turn the vision into a reality, and so is in dialogue with the relevant landowners to shape proposals.  We wish to hear your views and involve the local community in forming our proposals to help shape the future of the CBC.”

Nick Skinner, Senior Vice President, Human Resources at Abcam, said: “Cambridge is well known as a world class centre for life sciences and Abcam is proud to be part of the city’s success. Our move in 2019 to the Biomedical Campus was driven by our vision to be co-located with organisations from across the life science ecosystem, to facilitate collaboration, and be part of a cluster which leads the UK economy. We are very excited to be part of the future of the CBC and are keen to see how the conversations over the coming months help further develop this thriving community.”

Information and background on the vision is being launched via a new website at www.cbc-vision.co.uk. It will also offer people the chance to feed back their views. Smaller scale discussions with specific representative groups are also planned over the coming weeks to ensure everyone has the chance to contribute.