Hundreds of thousands in UK aren't getting eye care they need 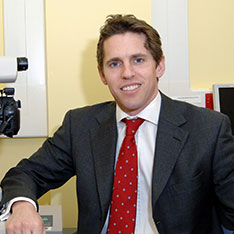 Almost a quarter of people with severe sight loss in the UK are going without the treatment they need, according to a new study being presented at the World Congress on Public Health today (Friday 16 October).

Researchers examined data from a survey of more than 300,000 people aged 15 and over in 28 countries in Europe for the study, published in the journal Acta Ophthalmologica.

The study found that 26% of people across Europe reporting either blindness or severe vision loss had an unmet need for eye care – with this figure at approximately 23% for the UK.

The paper reports significant differences among EU countries in terms of the prevalence of overall severe sight loss amongst the general pop. These range from 0.86% experiencing vision loss in Ireland and Malta, to 6.48% in Belgium.

A total of 1.11% of the UK’s general population self-reported severe vision loss issues, rising to 2.15% among the over 60s.

“The higher prevalence in Eastern European countries could be partially explained by economic restrictions limiting access to eye care.

“Given that this study reports 26% of people with an unmet need for optical correction in Europe, efforts should be increased to address this requirement.

“While we had access to Europe-wide data, it is crucial that countries survey their population thoroughly to establish where the problems lie, and ensure people have access to the right care.”

Professor Bourne is also co-ordinating the UK National Eye Health and Hearing Study, which aims to carry out a robust study of the UK population for sensory loss.