21 June 2022 - Luminance, the world’s most advanced AI for the legal processing of contracts and documents, announces that it has been named a top Law Tech vendor by the prestigious legal directory, Chambers and Partners, for a second consecutive year. 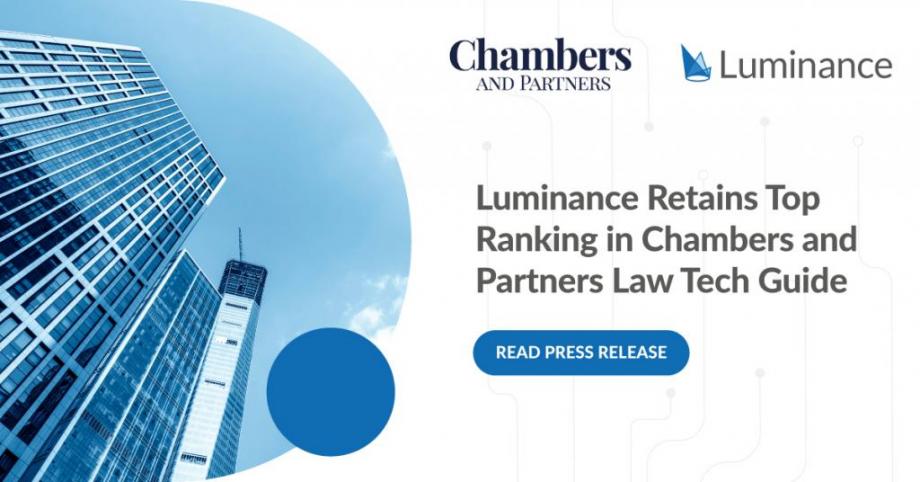 Having been named a global leader in last year’s inaugural Law Tech Guide, Luminance has once again been awarded a Band 1 classification in the Chambers and Partner rankings, which recognise leading technologies that are revolutionising the processing and interpretation of contractual documents in the legal market and beyond. This year’s Law Tech Guide was the culmination of four months of independent analysis of technology companies, including in-depth interviews with senior practitioners and purchasers of Law Tech services worldwide.

The announcement comes off the back of a record-breaking quarter for Luminance, in which the company celebrated a multi-million-dollar deal with a US-headquartered multinational conglomerate and a 48% increase in signings by North-American headquartered organisations compared to the previous quarter. Much of this growth has been driven by demand for Luminance’s latest innovation, Luminance Corporate, which is the first AI in the world that can be used out-of-the-box to take a first pass review of an incoming contract, with in-built knowledge banks suggesting compliant wording for areas that present risk. Since the start of 2022, Luminance Corporate has seen its customer base increase by 75%.

Luminance’s CEO, Eleanor Lightbody (née Weaver), comments: “We are delighted to have once again been awarded a Band 1 ranking by Chambers and Partners, one of the most respected research organisations in the legal industry. Our inclusion in the Law Tech Guide not only speaks to Luminance’s established position in the law firm market, but also to our continued innovation with the launch of Luminance Corporate, which is revolutionising the way that both law firms and in-house legal teams around the globe draft, negotiate and understand their documents.”

Luminance is trusted by over 400 organisations in 60 countries including all of the Big Four consultancy firms, over one quarter of the world’s largest law firms and in-house teams from leading organisations such as UK supermarket, Tesco, and global confectionary company, Ferrero. The company has been awarded the Queen’s Award for Enterprise and was recognised as a Technology Pioneer by the World Economic Forum.

AI / Machine Learning
Legaltech
Why not share your news?
Join the network 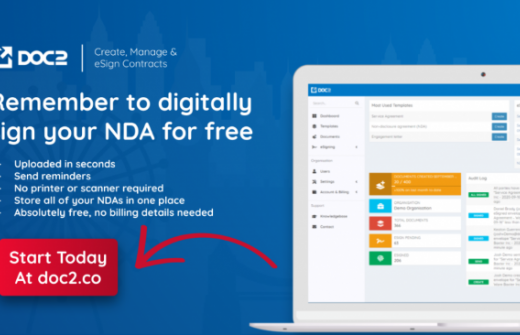 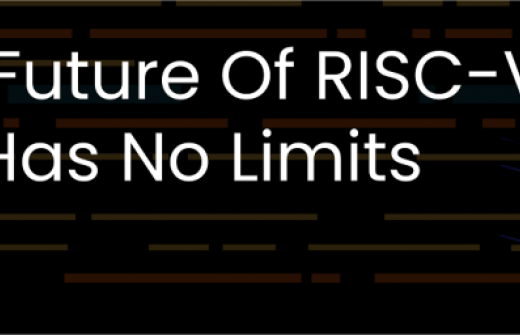 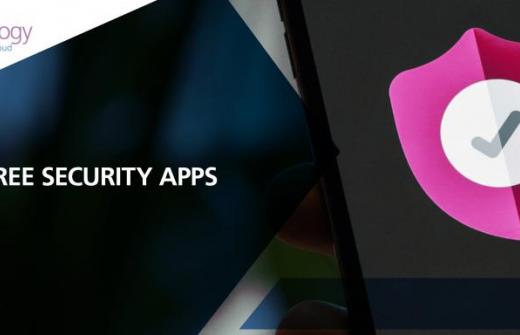