By Simon HallI've been quietly keeping a photodiary of the onset, and progress, of the coronavirus pandemic in and around Cambridge.

Now that we're finally starting to talk about a potential easing of the lockdown, it seems the right moment to being publishing my observations of the last few weeks...

This begins at the beginning, as extraordinary stories often do...

But only now, as we begin to talk about a release from lockdown, I've managed to find the spirit to publish.

In the last few weeks, our smart, sophisticated modern world has changed in ways we never would - maybe never could - have imagined.

I know, because, as a writer, if I'd suggested the story of coronavirus to a publisher...

It would have been dismissed as a plot too impossible to indulge.

But the old saying about fact being stranger than fiction has stung us again, and all that follows really, actually happened.

Finally for this introduction, although it pains me to say, words couldn't quite capture all that has unfolded.

So here's my photo diary of the impact of the onslaught of a small, but incredibly destructive bug.

Starting with the week before the lockdown, Monday 16th March - and the disease is beginning to take hold in the UK... 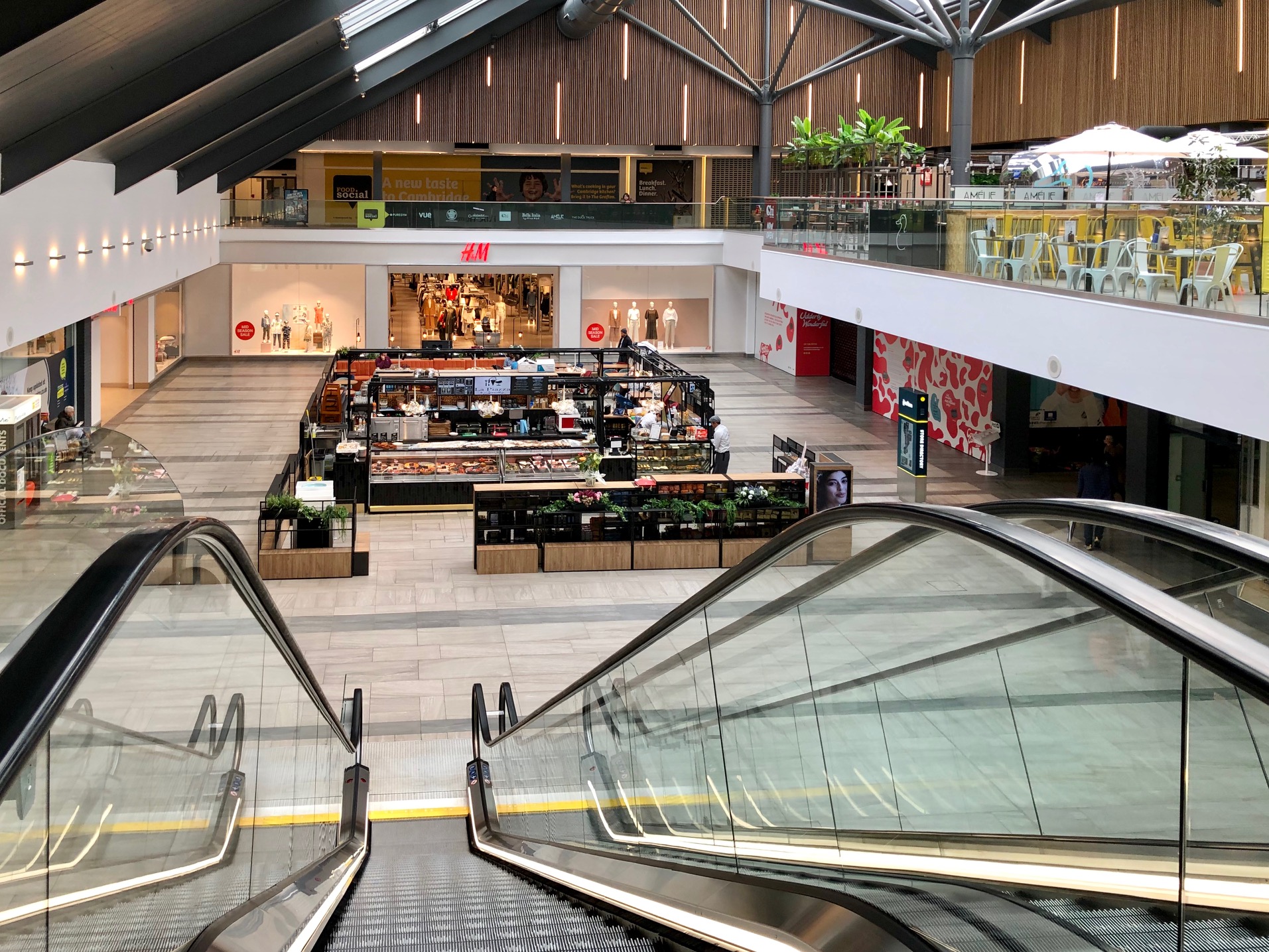 This is the Grafton Centre, shopping mecca in central Cambridge, on a Monday lunchtime.

Usually busy with shoppers and diners, but... no longer. 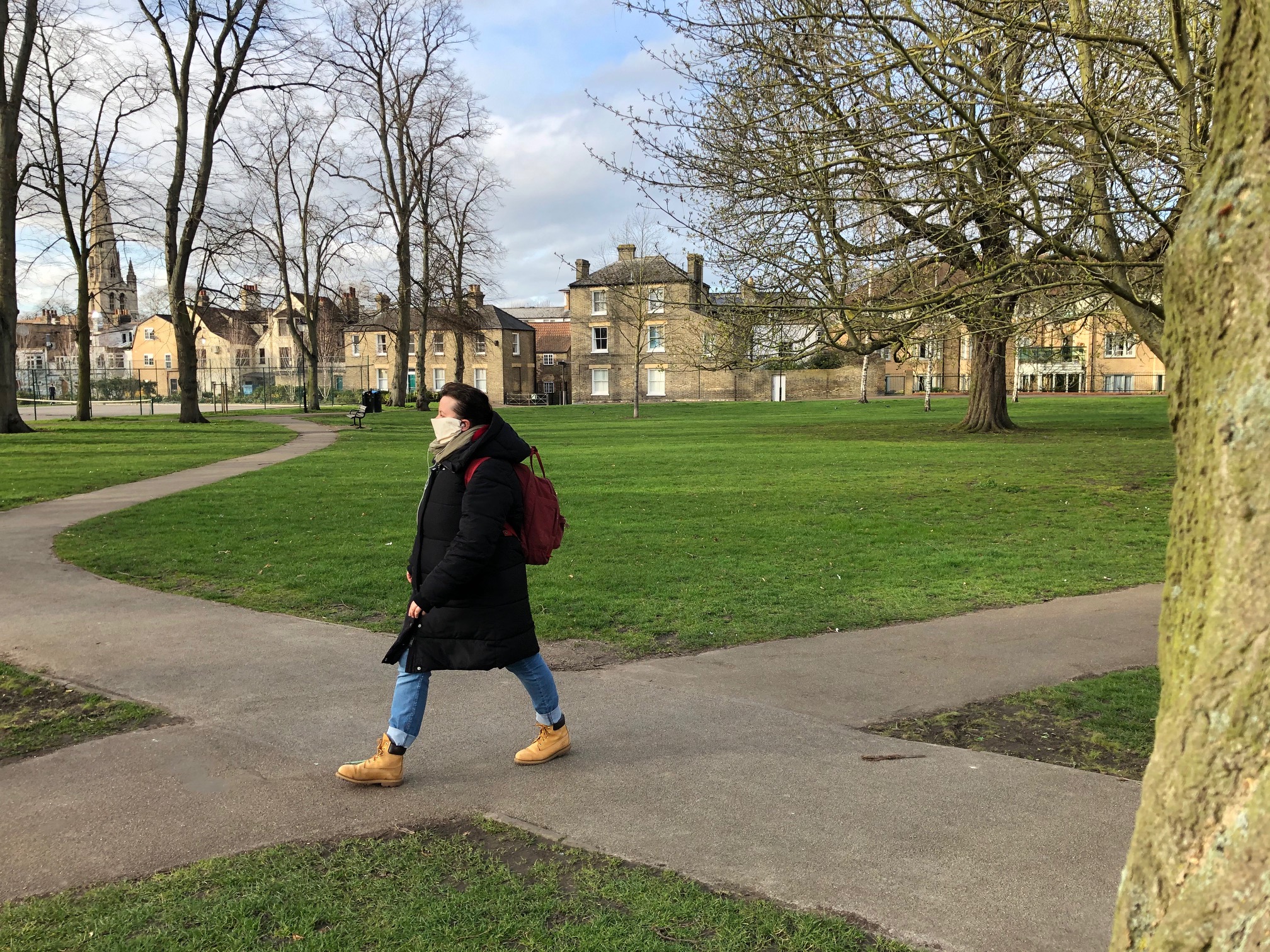 Above, Tuesday 17th March, in Christ's Pieces, a popular park in central Cambridge.

Where once people reigned, now there are only strangely quiet open spaces...

And, as the picture shows, the fear is starting to spread.

Weds, 18th - you know people are worried when gym rats abandon their addiction. 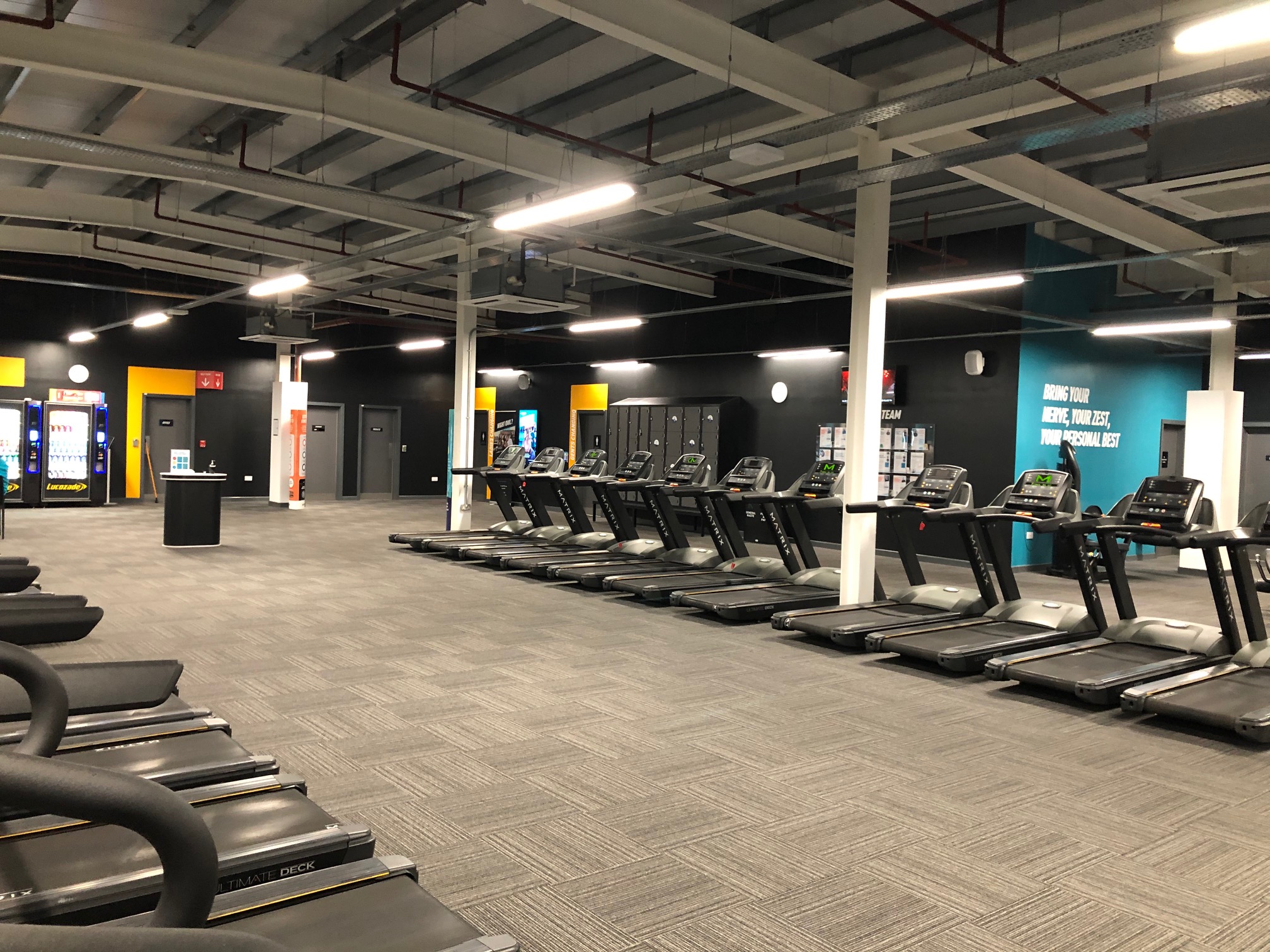 The disease is gaining hold, the isolation is spreading, the economy is suffering.

But, touchingly, many - myself humbly included - are trying to do their little bit to help us through. 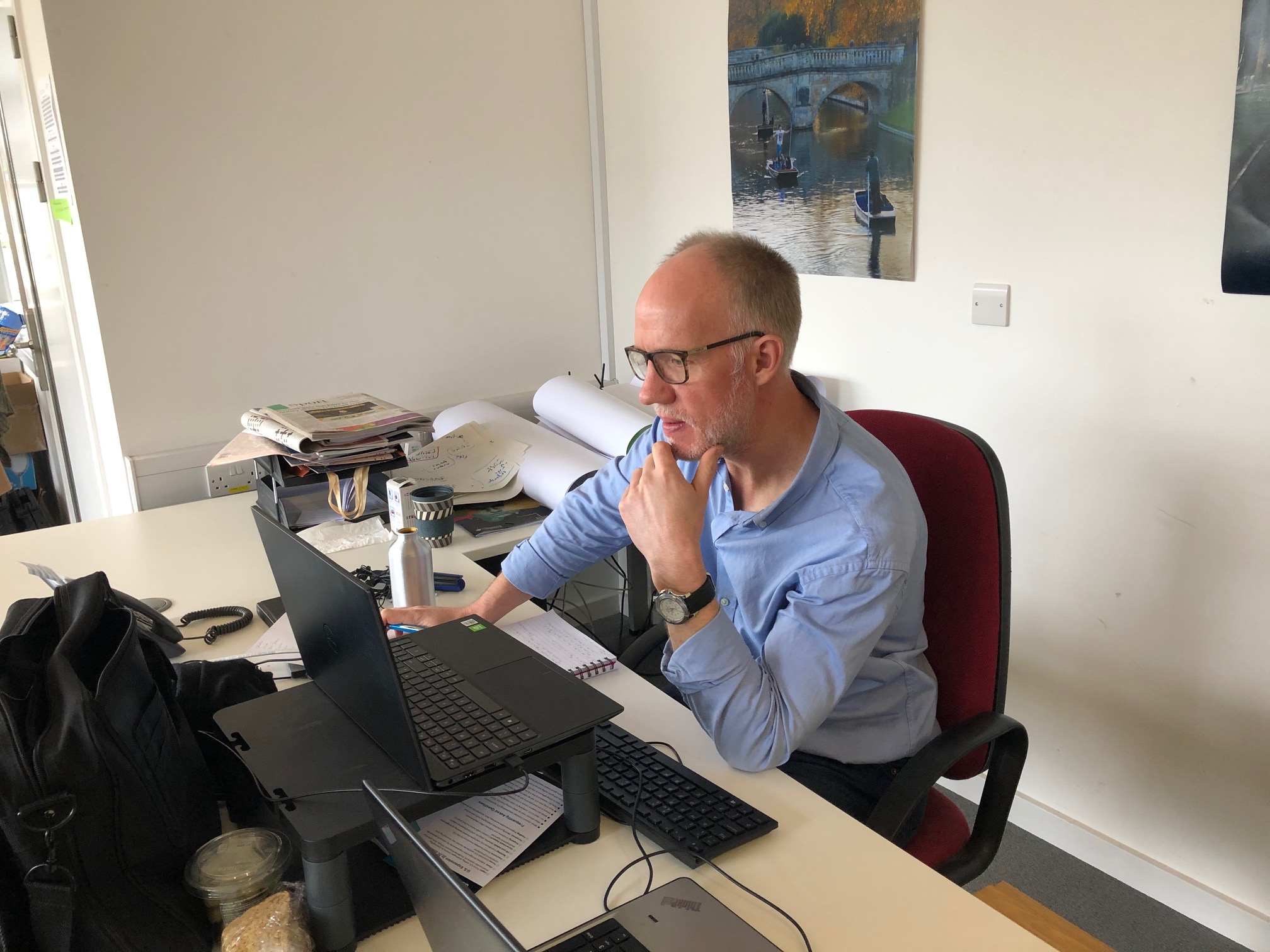 Above, Thursday 19th March and my first ever webinar - hosted by Cambridge Network - on the subject of Crisis Communications, an attempt to help businesses navigate the crisis.

It was much appreciated, with many kind comments - and even made the Cambridge media! 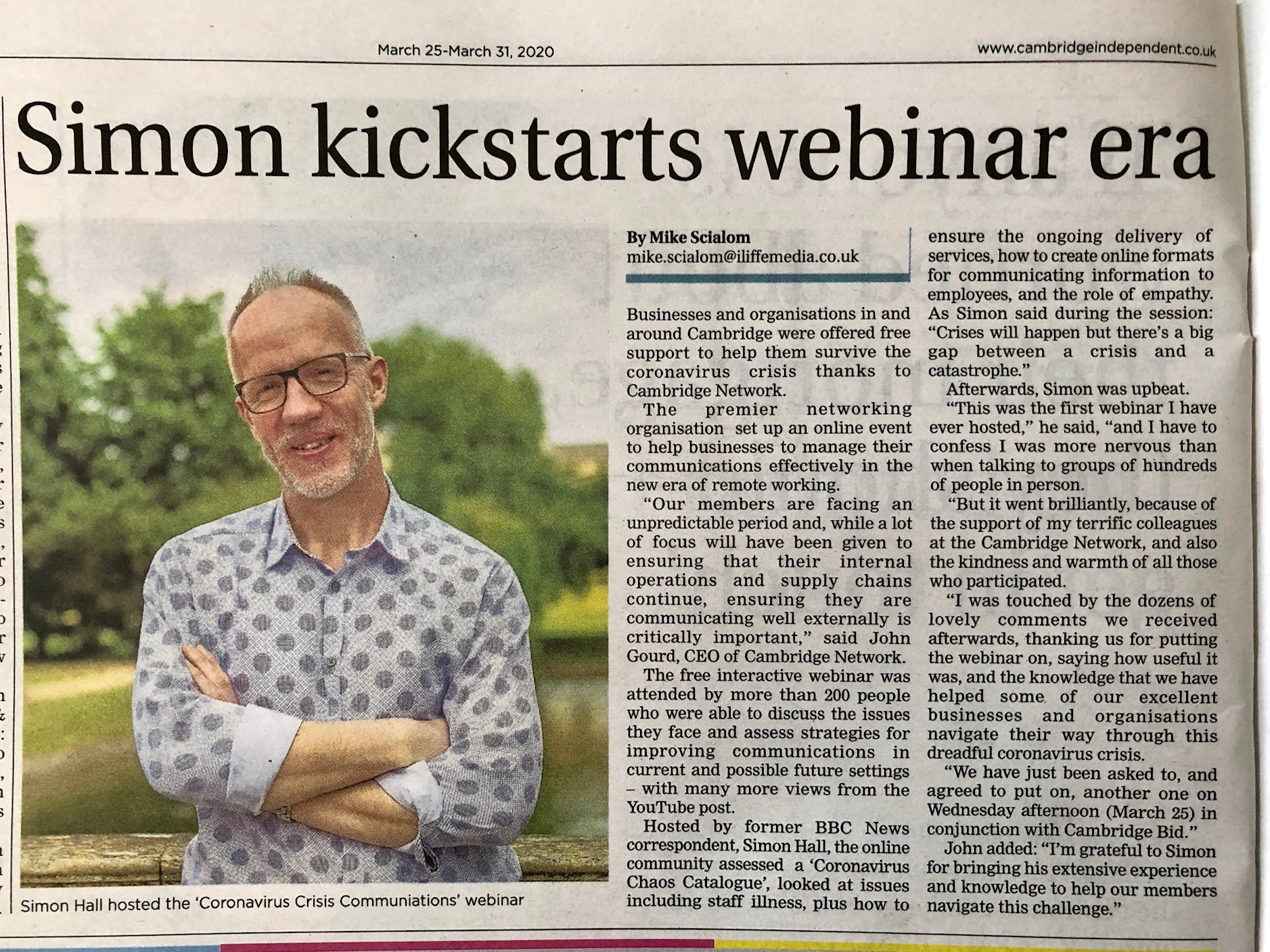 By Friday 20th, people were already getting fed up with the isolation, and we hadn't even entered lockdown proper yet.

My team at Creative Warehouse set up a WhatsApp group - for work matters, yes, but also to try to keep us sane with some fun. 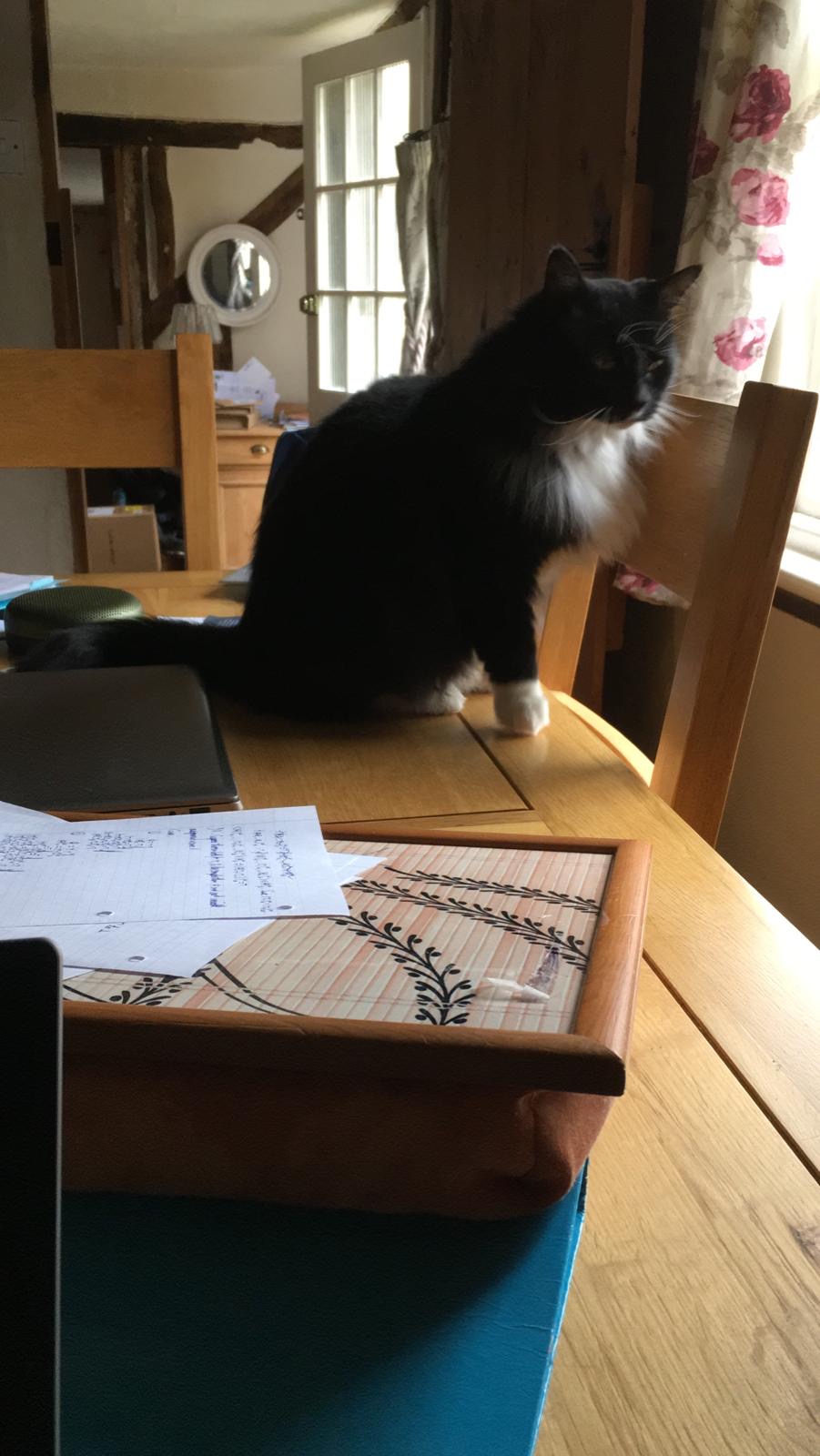 We swopped pictures of our workspaces - this, above, from John Cary, my co-director, starring his excellent assistant.

By Saturday 21st, the gyms - and most other public buildings - were closed, leaving the hardy (or stupid) with nowhere to exercise but outdoors.

I bought a mat, made for the local park and used one of the benches for step ups, dips etc - to the understandable amusement of many passers by. 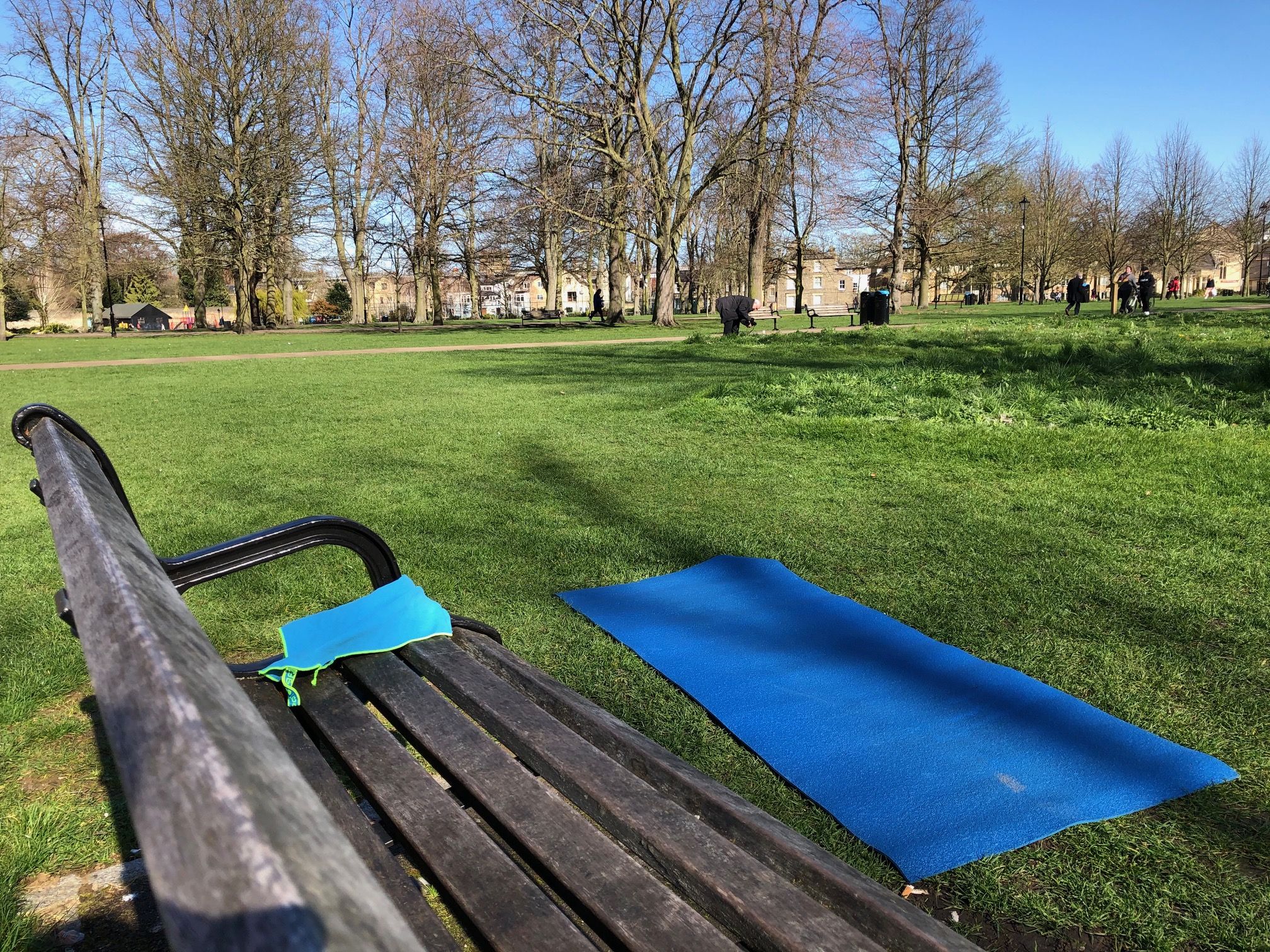 That one week was bad enough. But worse was to come.

I'm a tutor, lecturer and coach in Communications and Business Skills at the University of Cambridge. I also run my own media, public relations and design consultancy, Creative Warehouse, work in government, and across the private and public sectors. I can offer communications support in all ...