Astex Pharmaceuticals, a pharmaceutical company dedicated to the discovery and development of novel small molecule therapeutics for oncology and diseases of the central nervous system, announced today that Harren Jhoti PhD, co-founder of Astex and President and CEO of Astex Pharmaceuticals (UK) has been elected a Fellow of the Royal Society in recognition of his outstanding contribution to drug discovery research and science in general. 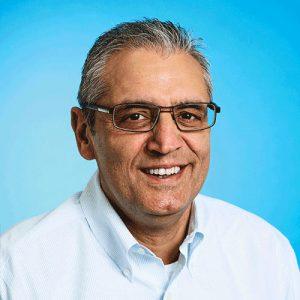 Election to the Fellowship of the Royal Society is the highest accolade in UK science and recognises individuals for their scientific excellence and substantial contributions to research endeavours. At Astex Dr Jhoti pioneered the development of fragment-based drug discovery, an approach now widely used in pharmaceutical and academic drug discovery centres worldwide.

Astex is one of the UK’s leading biotech companies, employing some 130 staff at its research headquarters in Cambridge UK and over 200 worldwide, and has been highly successful in translating research into new medicines. Notably this includes Kisqali®, a drug co-discovered by Astex under a partnership with Novartis that received marketing approval in the USA and in Europe as a treatment for metastatic breast cancer in 2017.

Dr Jhoti commented, “I’m delighted and humbled to have been made a Fellow of the Royal Society.  I would like to thank all my scientific colleagues, past and present, who have supported me in my research career. This Fellowship is also a reflection of the excellence of science at Astex created by its many highly talented researchers.”

Astex Pharmaceuticals™ is a leader in innovative drug discovery, development and commercialization, committed to the fight against cancer and other life-threatening diseases. ...