Award-winning photographers to give ARU lecture 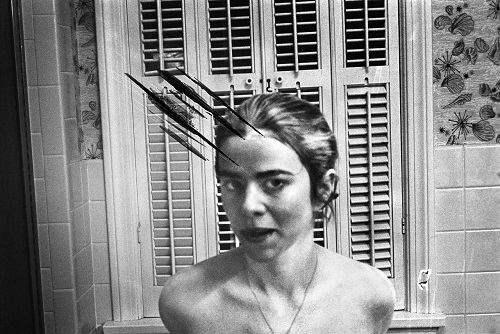 Two world-renowned photographers will speak at a free online lecture being put on by Anglia Ruskin University’s Cambridge School of Art.

Photojournalist Donna Ferrato, known for her documentation of the hidden world of domestic violence, will join Laura Pannack, renowned for her portraiture and social documentary artwork, in speaking at the CSA’s Annual Photography Lecture on Monday,15 February.

Ferrato has had work published in news outlets across the world, and her photographs have appeared in nearly 500 solo exhibitions in museums and galleries worldwide.

She has been a recipient of the W Eugene Smith Grant, the Robert F Kennedy Award for Outstanding Coverage of the Plight of the Disadvantaged, the IWMF Courage in Journalism Award, the Missouri Medal of Honor for Distinguished Service in Journalism, Artist of the Year at the Tribeca Film Festival, and the Look3 Insightful Artist of the Year. In 2020, Ferrato was chosen as one of the Hundred Heroines by the eponymous British arts foundation. 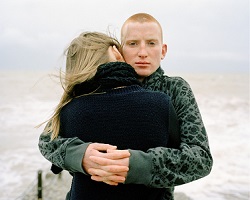 Pannack’s work has been extensively exhibited throughout the UK and abroad, including at The National Portrait Gallery, Somerset House, the Royal Festival Hall and the Houses of Parliament.

Her artwork has received much acclaim and won numerous awards, among which are the John Kobal Award, Vic Odden prize, World Photo Press Awards and the HSBC Prix de la Photographie prize. In addition to her own practice, Pannack lectures, critiques and teaches at universities, workshops and festivals around the world, and in 2015, judged the portrait category at the World Photo Press Awards in Amsterdam.

Kerstin Hacker, course leader for the BA (Hons) Photography course at ARU, said: “The Cambridge School of Art Annual Public Photography Lecture is a well-established feature of the course. Over the last decade we have invited prominent British photographers to talk about their work. Now during the pandemic, we have embraced the opportunity to broaden our audience further with this online lecture. Donna Ferrato will be joining us from New York City and Laura Pannack from London to discuss their photography.

“Donna Ferrato's career spans over four decades and her new book Holy incorporates work from her entire career. She is a powerful women's rights advocate. Especially during the Covid-19 lockdown, when incidences of domestic violence have increased dramatically, her advocacy for women's rights is more important than ever.

“Laura Pannack's work engages often with the experience of young people, their relationships with each other and with the world round them. Love and life are captured in gentle and restrained analogue portraits underpinned by meticulous research. Her award-winning self-initiated projects are a great inspiration for our students.

“We are very honoured to have these two inspirational photographers discuss their powerful work with our students and the international audience who will be joining us for the evening.”

The event runs from 5pm until 7pm.