University of Cambridge sensor technology spin-out Sorex Sensors has announced the appointment of Martin Frost CBE to its board as a non-executive director. He is a co-founder and former CEO of surgical robotics company CMR Surgical, which he helped take from start-up to global commercialisation in just six years. 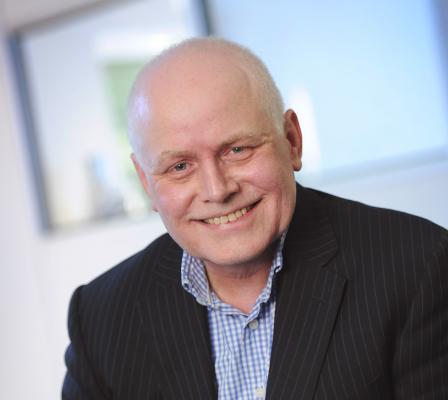 Mr Frost was made a CBE in this year’s Queen’s Birthday Honours list in recognition of his services to robotics after helping to bring the innovative Versius surgical robot to hospitals. He also helped CMR Surgical raise £195 million last year in what was Europe’s largest medtech private financing round, which took the valuation of the company beyond the £1 billion mark. And he has been involved in starting and leading numerous technology and life science companies, including the Cambridge technology consultancy Sagentia.

As well as his experience of growing successful companies, Mr Frost brings to the Sorex board extensive technical expertise from the development of sensors for a variety of applications during his career. Sorex chairman Michael LeGoff said: “Martin has a huge amount of commercial and industrial experience that will be invaluable as we seek to maximise our opportunities for growth. I am looking forward to working with him as we develop Sorex over the next few years.”

The global market for sensors – valued at $153.3 billion in 2018 – is expected to increase to $323.3 billion by 2024. Sorex launched its first product based on its breakthrough film bulk acoustic resonator (FBAR) sensor technology last year. It consists of a particulate sensor along with an accompanying development kit – and is designed for use in devices for monitoring indoor air quality.

The FBAR sensor developed by Sorex is extremely small, measuring less than 0.5 square millimetres. It uses microwatts for power and can detect changes in mass down to femtograms – the weight of a single virus. That makes it the most accurate and cost-effective sensor available.

Mr Frost said: “Sorex has taken exactly the right approach and is developing and bringing to market exciting new sensor technology that is set to change the way a variety of applications can detect what is most harmful in our indoor environments. The current pandemic has highlighted just how critical that is – not only to detect dangerous gases but to detect the particulates and other matter where viruses and virus-like microbes can adhere and spread. The Sorex sensor technology is already proving valuable today – and has the potential to be developed into a real game changer in the future.”