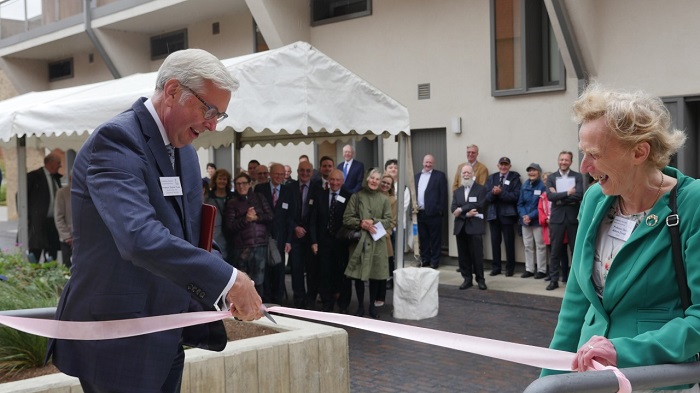 Designed by Cottrell & Vermeulen Architecture, who also designed the College's other graduate accommodation Bondi House, Broers House and Hawthorne House – affectionately known as the Pepperpots – that was completed in 2002, these new buildings at 36 Storey’s Way are considered a fantastic addition to its graduate “campus within a campus”.

Built by contractors Barnes Construction, the houses include features such as bespoke terracotta tiling, copper roofing, wooden floors and window seats in the interior. The roofing, flooring and seats are heavily influenced by the main College buildings and some exterior features by the arts and crafts housing on Storey’s way.

The new accommodation is split between three new houses – Wallace House, Boyd House, named by Benefactor Fellows in honour of former Masters, and 36c Storey’s Way, which is yet to be officially named. They include 30 en-suite student rooms, six communal kitchens, five self contained flats and associated support spaces.

The new housing was financed mainly by fundraising with £3million of the £5million cost contributed by generous donors to the College. Over 300 alumni made donations to help build these new houses, with many donors being former graduate students of the College. Anonymous donors also provided £350,000 of matching funding.

Churchill College is the national and Commonwealth memorial to Sir Winston Churchill, and is a constituent college of the University of Cambridge.