East of England set to be one of the fastest growing regions over the next three years, says latest EY report

The East of England is set to be among England’s fastest growing regions over the next three years, according to EY’s latest Regional Economic Forecast. 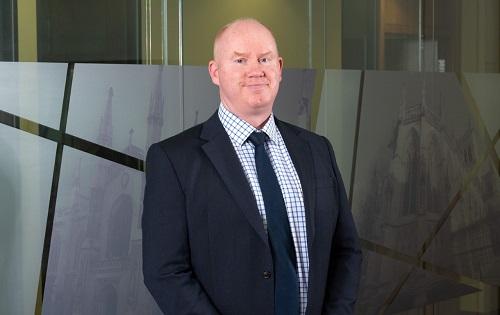 East of England, Tuesday 25th February 2020: The UK economy is expected to strengthen over the coming months but the geographic imbalances between the North and South of England will widen over the next three years unless a new approach to policy is adopted, reveals EY’s Regional Economic Forecast.

Encouragingly for the East of England, the region is predicted, along with London and the South East, to become one of the fastest growing for Gross Value Added (‘GVA’) in the country, between 2020-2023, with a figure of 1.8%.

Cambridge has also been revealed as one of the stand-out locations with projected GVA growth of 2% (2020-2023), confirming the role of strong high-end services growth in driving differential city performance. This compares to other towns in the region, Peterborough (1.9%), Bedford (1.6%), Southend-On-Sea (1.6%) and Norwich (1.5%)

EY’s fifth economic forecast for England’s regions, cities and towns warns that imbalances in growth between different places within regions will also continue to increase, with larger cities pulling further away from towns and other smaller neighbours. Gross Value Added (GVA) in the largest cities in England is expected to grow at 2.2% annually on average compared to growth of 1.6% for towns.

In Cambridge, GVA is expected to expand at an average annual rate of 2% over the next three years (2020-2023), and employment is forecast to grow by 1.1% per annum. This contrasts to the North East and the South West, which are expected to be the slowest growing locations, with GVA growth per annum of 1.1% and little employment growth across both regions.

Stuart Wilkinson, Office Managing Partner at EY in the East of England (pictured), said: “The East of England is punching above its weight where growth is concerned and its great news that the region is predicted to be one of the fastest growing regions in the UK. However, it is worrying that Cambridge’s performance is not being mirrored in all parts of the region. There is considerable fragmentation across the region, with the city operating as a successful standalone location but having limited connection to the wider region. The other cities in the region don’t currently show the same levels of growth as Cambridge.

“The forecast emphasises the difficulty facing the Government and just how important the policy announcements in the Budget will be. As, despite the launch of at least 40 geographic policy initiative over the last five decades, the UK remains one of the most regionally imbalanced of developed economies.”

Stuart adds: “Much is said of the need for rebalance, and a levelling up, to tackle the North/South divide, but as is evident in this latest economic report there is also a need for regions such as the East of England to tackle a macro-economic divide to create wider prosperity and economic growth opportunities across the whole region. If we are to succeed in levelling up the economy a more radical approach is now urgently required.”

EY’s analysis shows that between 1997 and 2019 towns and communities in England grew 1.8% – a sixth slower than the rate achieved in the larger cities and way behind the 3.2% achieved by London and the 3% of Manchester. Towns in the North East and Yorkshire and the Humber only grew at 1.4% annually during the period, and those in the East Midlands by 1.7% – the three worst performing regional groups.

The report shows how desperately ‘levelling up’ is needed. In every region of the country the largest cities are forecast to grow faster than towns, increasing the already significant gaps in economic performance. London, the South East and the East of England will be the three fastest growing regions in England with GVA forecast to grow between 2020-2023 by 2.1%, 1.9% and 1.6% respectively. Towns in the North East and Yorkshire and the Humber will grow at 1.1% compared to growth of 1.7% in Newcastle and 1.9% in Leeds.

According to the report, employment is expected to grow in cities at 1% annually between 2020-2023 – double the 0.5% growth forecast in towns. In every region in England, the growth in employment will be highest in the largest cities and lower than the regional average in the towns. Manchester tops the table for employment growth in the period to 2023 at an average of 1.4% per year, underpinned by gains in the administrative & support services and professional, scientific & technical sectors. Meanwhile, The North West and Yorkshire and the Humber growing at 0.3% annually, and the West Midlands and the North East growing annually by 0.3% and 0.2% respectively, are expected to be the regions with the slowest growing town labour markets.

The report warns that, if there are more opportunities in cities, there may be a temptation for some people to either move or commute to pursue these opportunities. This may in turn risk further weakening the economies of towns.

Expected regional wage growth to 2023 does offer some positive support for the Government’s ambitions though. EY’s report suggests that there will be improved wage growth throughout England, with all regions seeing faster growth than over the previous three years.

EY is encouraged by the clear priority the Government is giving to ‘level up’ the UK economy and believes there is strong support for a new and more radical approach. EY has set out five key recommendations that it believes will help drive the agenda for change. These include: putting the agenda at the heart of policy-making, rather than it being treated as a separate strand of activity; developing policies from the ‘bottom up’, based on local strategies rather than ‘top down’ national initiatives; allowing for differences by recognising that a variety of approaches will be required for different locations; using aggregated local plans to help inform resource decisions nationally on issues such as infrastructure, skills and housing; and developing targeted interventions, including those focussed on technology.

Debbie O'Hanlon, EY Managing Partner, UK Regions, comments: “The geographic imbalances in the UK are long-standing and it’s clear that there is no silver bullet or easy solution. This will take concerted and integrated policy thinking by government, as well as business, academia, and other stakeholders. Collaboration is vital, and we must all be committed to supporting attempts to maximise the opportunities and performance in all parts of the country.”