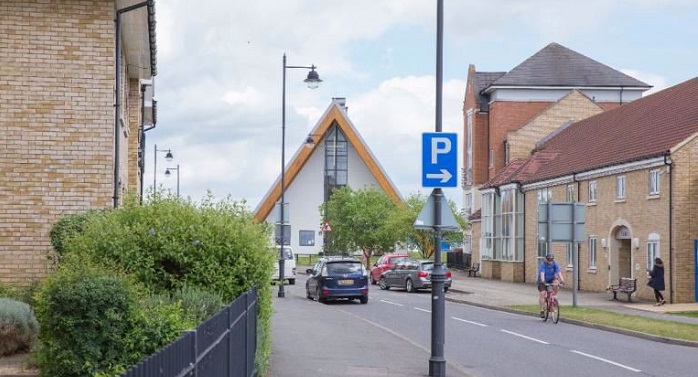 Two major infrastructure schemes that will transform sustainable travel for thousands of people across the region will be considered by the Greater Cambridge Partnership’s (GCP) Executive Board next month.

Final route proposals for the two schemes follow extensive assessment and consultation, and they would create vital, sustainable east to west connectivity. Two further projects to connect Waterbeach and the East via Newmarket Road are in development and will be the subject of public engagement later this year.

The GCP’s ‘corridor’ projects have been identified as essential to connect growing communities to employment hubs across the city – and will form the first phase of the Cambridge Autonomous Metro (CAM) scheme, part of a network of regional routes planned by the Cambridgeshire and Peterborough Combined Authority (CPCA) and scheduled for delivery by 2024.

The GCP Executive Board was due to consider the Cambourne to Cambridge scheme in February but this was delayed after the Mayor of the Combined Authority called for new sub-strategy covering CAM schemes to be added to the recently-agreed local transport plan.

This sub-strategy was published in late April and, following a review, the GCP Executive Board has agreed to take decisions on these schemes in order to meet the GCP’s agreed agenda with Government.

Cllr Aidan Van de Weyer, the chair of the GCP’s Executive Board, said: “The GCP was set up to deliver the Government’s City Deal investment to tackle current and future transport issues and support committed growth set out in the Cambridge Local Plan. That commitment is brought into even sharper focus by the impacts of Covid-19 and a shared determination to support the economy to get back on its feet. It’s on this basis that the GCP Executive Board considers it necessary and appropriate to make progress.”

GCP Transport Director Peter Blake said: “GCP’s plans are continually reviewed to ensure compliance with local strategies and have been designed to be adaptable to developing CAM proposals. Officers are committed to close working with the CPCA and with East West Rail to ensure alignment with the emerging Bedford to Cambridge route and Cambourne station location."

Both the C2C and CSET transport routes are intended to be served by modern, electric vehicles to limit air pollution and noise and are complemented by travel hubs to encourage park and ride journeys and end-to-end walking, cycling and horseriding.

To ensure full compliance with the CPCA’s draft sub-strategy requirement for the CAM and its component schemes to be dedicated, segregated routes, and in light of local stakeholder concerns regarding cycling safety, the route put forward in the C2C OBC will no longer propose Adam’s Road to access the city but will return to the previously proposed Rifle Range alignment.

Peter Blake added: “Assessment of Adams Road and Rifle Range alternatives has always shown benefits and drawbacks for both routes. A key benefit of a continuing off-road route is higher journey time reliability and fewer delays when not sharing road space with general traffic.

"Segregated walking, cycling and horseriding provision along the new route will create a continuous link to the city from villages and towns to the west and create additional capacity for growing numbers of cyclists accessing university sites.”

The GCP Joint Assembly will meet to review the proposals on 4 June, followed by final consideration at the GCP Executive Board meeting on 25 June.

You can read the papers for the Joint Assembly meeting on the Cambridgeshire County Council website.