Innovate for open science at the eLife Innovation Sprint 2019 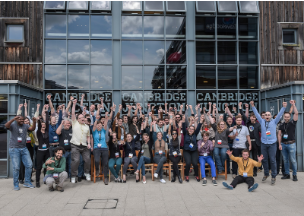 In September, eLife invites developers, designers, researchers and all open science enthusiasts to work together on open-source prototypes to make research more open, reproducible and user-friendly. Apply by June 2.

The current science publishing system is slow, expensive, ineffective and closed: most of the research output is locked behind paywalls and difficult to reuse, and contributions of researchers are not credited transparently nor appropriately. At eLife, we believe strongly that open-source technologies can help solve some of these problems.

Last year, 62 participants worked on 12 projects. At least five projects are being developed into fully functional products and have received further support from eLife as well as other organisations, such as the Wellcome Trust and the Mozilla Foundation.

FIND OUT MORE AND APPLY BY JUNE 2

Applications are open to all aged 18 or over. eLife operates a strict code of conduct and expects all participants to abide by it.