Errors at the point of conception are a key reason why only one in three fertilisations result in a successful pregnancy, new research has revealed. 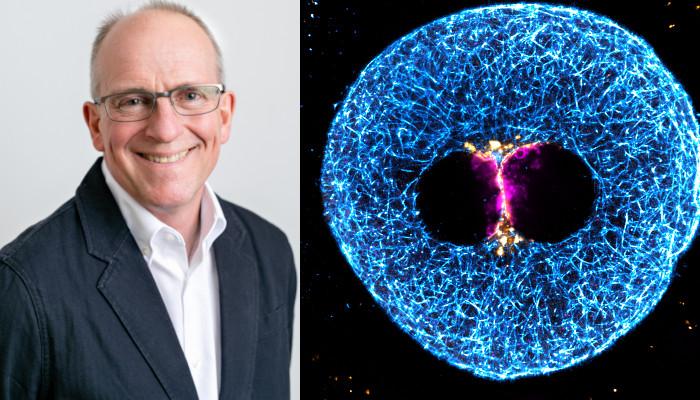 The team used video microscopy to film the processes that happen in the egg and sperm during fertilisation. It was shown to be chaotic, resulting in embryos with incorrect numbers of chromosomes, a common cause of miscarriage. The findings will support improved techniques for grading embryos during fertility treatment.

The research (Cell, 7 May, 2021) has provided an explanation for a phenomenon that was first reported in the 1990s but not understood at a cellular or molecular level.

Melina Schuh is Director at the Max Planck Institute for Biophysical Chemistry (MPI-BPC) in Germany, where she heads the Department of Meiosis. Dr Schuh also has a lab at Bourn Hall Cambridge, UK.

Dr Schuh explains that although it was known that issues with the egg account for 20% of embryos having an incorrect number of chromosomes, this is only part of the story.

She says: “We wanted to know ‘why does this problem with the chromosomes arise in so many more embryos?’

“The time immediately after the sperm and egg unite – the so-called zygote stage – seemed to be an extremely critical phase for the embryo’s development. We wanted to find out why this is the case.”

The team analysed time lapse microscopy videos of live human and bovine zygotes. In this way, they were able to study the way that chromosomes in the egg and sperm pronuclei organise themselves before they unite to form the genome of the resulting embryo.

Researchers, including scientist Tommaso Cavazza, observed that some chromosomes failed to cluster at the interface and as a result were ‘lost’ leaving the zygote (fertilised egg) nucleus with the wrong number of chromosomes.

Tommaso says the clustering of chromosomes at the pronuclear interface seems to be an extremely important step: “If clustering fails, the zygote often makes errors that are incompatible with healthy embryo development.”

The time between the breakdown of the pronuclei and the first mitotic cell division, as well as the synchrony between the two pronuclei, were found to be crucial in determining whether the embryo would develop successfully into a blastocyst (the stage at which the embryo implants into the endometrium lining of the womb) or whether it would be aneuploid (have the wrong number of chromosomes).

Tommaso continues: “The chromosome movement within the pronuclei is controlled by components of the cytoskeleton and the nuclear envelope and these elements also steer the two pronuclei towards each other. So, we are dealing with two closely linked processes that are essential, but often go wrong.”

The team carried out some of the experiments in bovine zygotes and these were found to develop in a very similar way to human zygotes; suggesting that these, rather than mice, would be a better model to use to study human embryonic development.

The knowledge that zygotes where the pronuclear components all cluster at the interface have a better chance of developing successfully could potentially be used for grading embryos during IVF treatment.

Martyn Blayney, Science Director at Bourn Hall Clinic and an author on the paper, comments: “There was interest in the 1990s for using nucleolar patterns and clustering as a way of scoring embryo quality, but we were not able to incorporate it into routine practice with any meaningful results.

“These findings have given us a very graceful explanation of what is happening at a molecular level and enhance our understanding of this very early stage of embryo development. Although I don’t anticipate these findings alone will change the way embryos are assessed, it could be incorporated into an embryo grading algorithm for time lapse or AI systems – and that is very interesting.”

The paper “Parental genome unification is highly error-prone in mammalian embryos” is published in Cell, 7 May 2021.

Find out more about Bourn Hall at bournhall.co.uk.

Holdsworth Associates is a Cambridge-based PR consultancy with a creative approach to PR programmes. We support a broad range of science and technology companies with innovative, cost-effective campaigns that achieve results. ...