Podcast shines light on building and maintaining your network 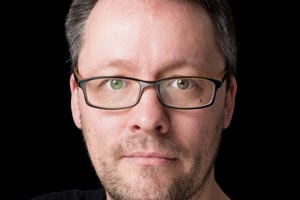 Jon Bradford, the founding partner of Motive Partners, shares his thoughts and tips with the business podcast Scaling, Failing & Prevailing.

How do you get introductions to the right people and successfully network? Jon Bradford tells the Scaling, Failing & Prevailing podcast that he's not a sales guy, and not the loudest voice in the room - seen by some as the way to succeed.

"I'm probably more introvert than extrovert. I'd quite happily stand in a corner and watch everybody else."

And yet he has been very successful at getting the right introductions and at building his network. He once persuaded entrepreneur David Cohen, the founder and CEO of Techstars, to come to Newcastle for a launch event for a programme.

He started out as an accountant before he jumped ship and joined a start-up. He's been called the Father of European accelerators, has been a VC, the co-founder of a number of businesses and worked within corporate finance.

The founding partner of Motive Partners, Jon is a highly experienced early-stage investor. To succeed in networking, he believes that you need to be open by giving first.

He tells podcast hosts Adelina Chalmers and James Parton that he tries to be generous and helpful to others, and thinks the questions that come from a three minute introduction can tell you a lot about not just the pitch but the person as well.

The podcast is recorded at The Bradfield Centre, produced by Carl Homer (Cambridge TV) and the branding was created by Tanya and Anne-Marie at Carbon Orange.