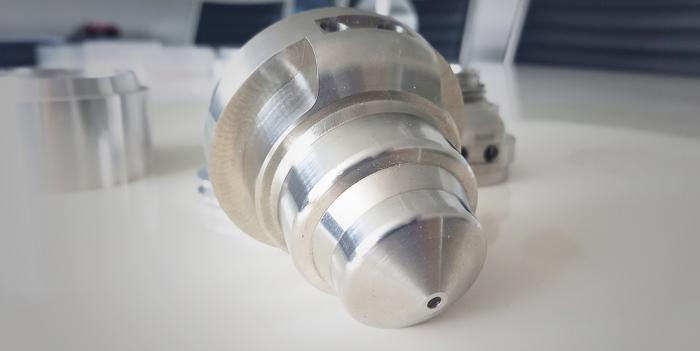 The challenge: deliver an Express service for CNC machining to support the fast-paced world of product development. How did Prototype Projects deliver its three-day dispatch CNC service?

Ian Reinemann’s career with Prototype Projects started in 2011 when he joined the CNC Department as an apprentice CNC Programmer/Operator. Fast forward ten years, he now has an array of Mechanical Engineering qualifications under his belt – he achieved his Level 5 HND in 2018 – and is now the CNC Manager with a two-shift team of ten staff.

When Justin Pringle, MD of Prototype Projects, set out his ambitious 10-year vision to the PP team towards the end of 2019, it was clear he meant business. For the CNC department, it meant delivering an Express service level along the lines of 3D Printing.

Given CNC Machining is a more precise prototyping technology than 3D Printing and that it requires programming (unlike 3D Printing), this was going to be a challenge. Other UK-based prototyping companies offer five-day lead times and so, initially, Ian set about matching this offering, so it was ready to launch in early 2020 with the introduction of a second shift within the CNC department.

But the world went into lockdown.

Business visions were temporarily set aside as the company responded to a change in customer needs; the Ventilator Challenge and PPE projects became a focus for several months. As customers moved to working from home, the team too made adjustments to its workspace to protect staff and ensure they were able to continue working.

Although the company had been cautious about its vision during lockdown, Justin was of the mindset that it must still look to the future. As customers settled into new ways of working, Ian resumed his search for CNC operators, which had been unfruitful at the start of 2020.

But the firm received many applications from CNC operators who had been made redundant from companies adversely affected by the pandemic and by the beginning of September, it had recruited enough staff to cover two shifts.

With the expanded team in place, CNC programmers – including Ian and Greg (lead programmer) and, more recently, Andrew – worked hard to reduce programming time. The programmers take the 3D model provided by the customer and then create tool paths for the CNC operators to use to machine the parts. CNC operators work within defined teams alternating between the early and late shifts.

Ian said: “Without the split shift pattern, we couldn’t operate the Express,  three-day dispatch service. Those additional hours each day enable us to meet our customers’ tight timescales so they can test and validate their latest project without delay. I’m really pleased that we’ve been able to deliver on Justin’s vision.”

What’s next for the CNC team?

Having spent many of the last ten years in formal education alongside his day job, Ian is glad of the break from studying. Now is the time for him to share his wealth of knowledge and expertise with his team while his own personal development is centred around managerial courses and coaching.

For his team, Ian said: “Several of the team recently underwent their MasterCAM training so that our programming skillset is even more broad. Other in-house training is conducted by Greg and me, specifically on the machines and improving techniques, setups and efficiency.”