Software and Computer Services issues the highest number of profit warnings in East Anglia, according to 20-year EY analysis 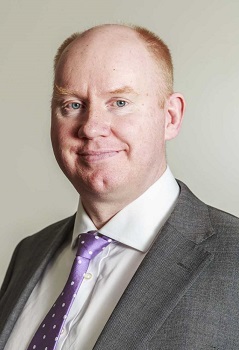 In analysis spanning two decades, EY found the third consecutive profit warning to be a ‘bruising or even a knock-out blow’ for listed businesses in the region. With companies experiencing a major restructuring event, including an administration, distressed sale, CVA or debt restructure within a year of issuing three or more profit warnings.

EY has reported on listed company profit warnings since 1999, covering the impact of events such as the dot.com crash, 9/11 and the financial crisis. Over the last two decades, East Anglia saw a peak in the number of warnings issued in a year in 2001 (19) and low in 1999 (three).

Stuart Wilkinson, Office Managing Partner at EY in Cambridge said: “When EY started tracking UK profit warnings in 1999, just 13% of households had internet access, the first smart phone was still a decade away and fax machines still had a prominent place in our offices.

“In the last two decades we’ve seen radical changes not only in technology, but also our economy and capital markets. In 2019 news travels fast, and capital also moves with increasing pace. Combined with a heightened level of uncertainty, this has significantly changed the speed of stakeholder response to profit warnings.”

Regionally, the number of PLCs issuing profit warnings in the last 20 years stands at 207, with a near even split between the two decades. 107 profits warnings were issued in the period 1999-2008 and 100 were issued in the period 2009-2019. PLCs in East Anglia were also the fourth least likely to issue profit warnings, with only Northern Ireland (16), Wales (64) and the North East (150) less likely.

The publication of the 20-year analysis follows the announcement in September 2019 that profit warnings in the region had hit a three-year peak throughout August, July and September with four issued. Of the regional businesses issuing profit warnings so far in 2019, 38% cited a ‘changing product mix’ as a contributory factor, reflecting the continuing evolution of the innovative industries that characterise our region.  .

Wilkinson said: “These figures show that over a sustained period East Anglia is a relatively stable region in terms of its economy. It is represented by a diverse business landscape, with a rich vein of innovation running throughout. This helps to insulate businesses from the peaks and troughs of economic uncertainty.

Black Thursday – most common day to issue a warning

Since 1999, EY has recorded over 6000 warnings by more than 2000 companies across the whole of the UK. During that time, January was found to be the month in which most companies are likely to warn, whilst Thursday is the most common day.

EY research also found that by the morning of the third warning, a quarter of CEOs and a fifth of CFOs have left their companies. Within a month of their third warning, more than 10% of companies have also reported a covenant breach or reset – rising to 25% within a year.

Will we see a Brexit warning peak?

The biggest spikes in UK profit warnings in the last twenty years have followed significant global economic shocks. In 2001, a combination of the dot-com crash, 9/11 and a global recession, led to the highest number and percentage (22.7%) of UK quoted companies warning in the last 20 years. This is followed by another peak during the global financial crisis (2008), when EY recorded 449 profit warnings from 17.7% of UK quoted companies.

Wilkinson comments: “Our figures demonstrate that profit warnings can increase dramatically when companies don’t have time or agility to adjust to rapid changes in the economy.

“Companies have had some time to prepare for a variety of Brexit scenarios. However, a further economic shock could cause profit warnings to spike higher later this year, with warning levels already elevated by rising uncertainty.”

One of the most striking parts of EY’s analysis is the speed within which companies are moving from their third profit warning to their first restructuring event - such as an administration, CVA or debt restructuring.

In most cases, the median gap between a company’s third profit warning and a restructuring event, has shrunk to just 91 days since 2016. This compares to 156 days pre-2016.

“If companies are forced to reforecast their earnings, it’s essential that they act boldly and quickly to grasp and deal with the fundamental issues behind their profit warning. Companies often underestimate their problem - or hope that something will change.

“As capital moves with increasing pace, it is more important than ever that we understand the triggers behind profit warnings and build resilience to help companies reshape their results and stop a profit warnings chain reaction.”