Still time to have your say on multiple transport consultations 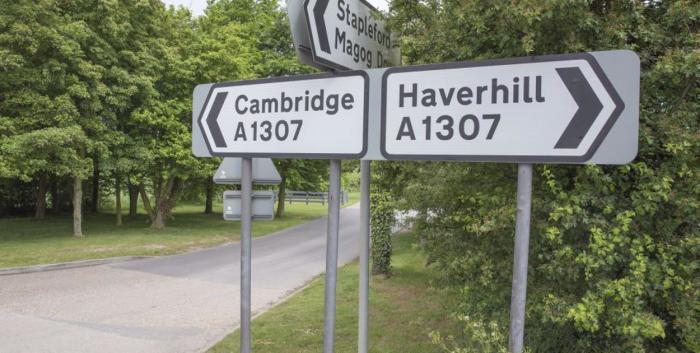 There’s still time for people to take part in consultations on multi-million-pound transport projects that would help thousands of people get around Greater Cambridge.

In October, the Greater Cambridge Partnership launched four public consultations on projects that could transform how people travel between their home and place of work and education using first-class walking, cycling and public transport routes.

The consultations all close this month so there is still time for people to help shape these schemes. The projects are:

Waterbeach to Cambridge - which aims to reduce congestion, alleviate peak time congestion on the A10 and meet the increased transport demand that Waterbeach new town will bring.

Options out for consultation include a new segregated public transport route, which could form part of the CAM Metro in the future, connecting Waterbeach to Cambridge. Other ideas include dedicated cycling and active travel routes that could integrate into the GCP’s Waterbeach Greenway and Chisholm Trail projects.

The Waterbeach to Cambridge consultation closes on 14 December.

Cambridge South East Transport – this consultation is on the detailed design of the scheme, which will transform public transport and active travel to the city and key employment sites, including the Cambridge Biomedical Campus, as well as communities to the south-east.

A new travel hub near the A11 will mean drivers can leave their cars outside the city and complete their journeys on bike or improved, reliable public transport services running on a segregated off-road route. The consultation forms part of the Environmental Impact Assessment for the project and closes on 14 December.

The consultation includes options could be delivered in two phases – the first looking at adding bus priority measures and other on-road improvements to Newmarket Road, as well as the possibility of a relocated and expanded Newmarket Road Park and Ride.

The second phase would deliver a new dedicated public transport route. This phase is dependent on decisions in the emerging local plan and the potential development of the Marshall's site.

The GCP rolled out a raft of trial schemes – known as Experimental Traffic Regulation Orders (ETROs) – over the summer to help people maintain social distancing as they walk and cycle around Cambridge during the Covid-19 pandemic.

The trials include the closure of various streets to through motor traffic and the extension of the Silver Street bus gate in the city centre to support active travel. The measures are part of a wider programme led by Cambridgeshire County Council.

The GCP wants to hear people’s views about whether these ETROs should be made permanent, changed or removed. The ETROs consultation closes on 18 December.

For more information and to have your say visit www.consultcambs.uk.engagementhq.com/