Talking about the future of marketing... 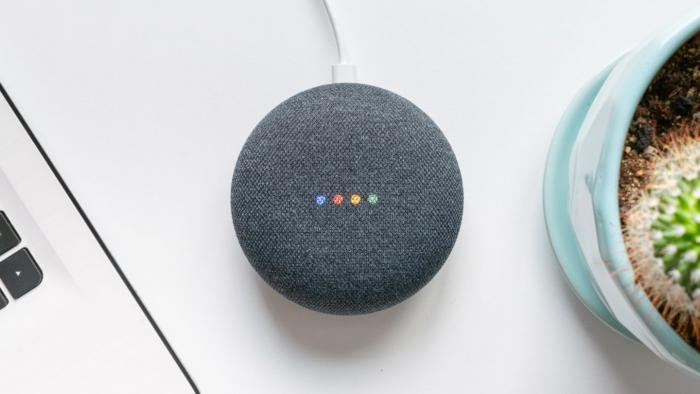 Just as it seems novel (pun intended) to pick up a real book with actual pages in it, or put pen to paper these days, will the keyboard also soon be a thing of the past?

My daughter recently received her first mobile phone for her birthday, much to my sadness. Not least because it means she’s starting to grow up and be trusted for periods on her own, it now means she has much easier access to chat to her friends and my role has turned in to the annoying, screen-time limiting mum. I’m now perceived as a killjoy, rather than the concerned parent looking out for her digital wellbeing!

However, there has been an upside to her newfound maturity. The behaviouralist in me has been fascinated with how she interacts with her phone. It should be noted that she has had, and used, other devices before now – Kindle Fire, iMac, Smart TV and a couple of Echo Dots at home that are used by all the family. Perhaps the latter items in this list have influenced her behaviour, but I was really surprised to see she almost exclusively interacts with her phone using voice.

Say what you need.

She and her two best friends have a WhatsApp group where they chat each day when home from school. (I have no idea what about after they’ve just spent that last six hours together, although I’m sure my mother would be willing to remind me of the phone bills I used to run up chatting to my friends – remember landlines?) She speaks into the phone using the dictation function, so her messages still appear as text in the chat window (she doesn’t seem to like the voice memo function) – but she never uses the keyboard.

It’s no surprise to anyone the accessibility of voice technology offered by Amazon, Google and Apple has completely revolutionised the way we interact with voice-controlled devices. A recent study suggested that almost a quarter (22%) of UK homes have a voice-controlled assistant in them, with that figure set to rise to 41% over the next five years. And while parents are concerning themselves with issues like how do I set up Alexa; is my personal data safe; can someone hack my Google assistant and turn on my smart kettle, voice-controlled technology is becoming second nature to the younger generation.

Research conducted by children’s charity Childnet states a staggering 92% of the 8–17 year olds surveyed said they used voice-controlled technology on a regular basis to find out information. One participant cited how easy and efficient they found it to use: “You don’t have to look at a screen, you just say what you need.” With the sophistication of technology ever increasing and the ability to react to human voices becoming more accurate, are brands actually doing enough to respond to the adoption curve of the younger generation?

If young people are using voice-controlled devices for instant access to information, products or services, they already need to know what they want in order to ask for it. While us ‘oldies’ may be quite happy tapping out a Google search and browsing the on-screen results to make a selection, this task will quickly become too time consuming for the next generation and possibly never used on a home assistant. Who wants to be read a list of the pizza delivery companies in a 10-mile radius by Alexa? And, more importantly, how would you remember which one you wanted to use? “Hey Siri, order me a large pepperoni pizza from Dominos for home delivery” seems a much more likely, and desirable scenario. I’d even ditch my phone if it was that simple. And it will be.

Lots of brands are trying to update their technology to support voice control, but are they really thinking about the implications of this seismic behavioural shift when planning out their marketing strategy? How will your future consumers discover your products and services if the only ones they interact with are the ones they already know how to ask for?

It is not revolutionary to suggest it will no longer be good enough to just carry on marketing via the same channels and using the same techniques.

If TV is always streamed and screen-time is limited by the majority of parents, could we be on the cusp of a resurgence in traditional media? Or will further, likely paid-for, innovative techniques be used to influence the behaviour and decision-making process of the younger generation?

Conversational marketing will evolve. With advertising intruding into instant messaging, it won’t be long before brands begin to talk to you when you’re wanting to speak to your smartphone. Maybe the request for that large pepperoni pizza from Dominos will be met with “you should try Pizza Hut instead”.

Get a view of the future.

With extensive in-house knowledge of youth marketing, a real understanding of user experience and testing, and a progressive web development team, why not discuss the future of your marketing with our team?

Call 01603 622766, email hello@creativesponge.co.uk, or click on the instant chat icon in the bottom right-hand corner of the screen to get a discussion started.

Creative marketing agency with experience in education, science and technology sectors. We use data and human insight to craft engaging experiences across branding, digital and communications.