New research has discovered that children with autism misjudge the feelings of others because they don’t use context to identify underlying emotions. 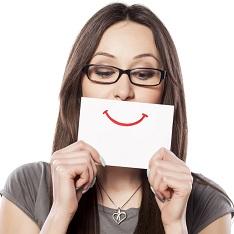 Published in the Journal of Autism and Developmental Disorders, the study is the first to investigate whether children with autism can recognise when one emotion is masking a different feeling that can only be identified from contextual cues, for example a crying man being happy rather than sad because he is at his daughter’s wedding.

Being able to detect these differences between emotional expression and emotional feeling is an essential tool in effectively managing social exchanges.

Led by Dr Steven Stagg of Anglia Ruskin University (ARU), the study involved 40 participants from Year groups 9 and 10 (aged between 13-15), with 20 children recruited from a specialist school for children with autism in the UK and a control group of 20 typically developing children from two local schools.

The experiment was split into two sections, with the groups first being shown photographs of people displaying static emotions (fear, anger, happiness, sadness, disgust, and surprise). Both groups of children were equally proficient at identifying the correct emotion.

In one scene, an actor is filmed buying a cup of coffee. He is then bumped into by another actor, making him spill his coffee. The central character first displays an angry face but after receiving an apology he displays a forced smile.

Although there was no statistical difference in the two groups’ scores when asked to identify the emotions on display in the films, the children with autism were unable to correctly say how the actor felt. For example, the forced smile of the man in the coffee incident was identified as happiness.

Dr Stagg, Senior Lecturer in Psychology at Anglia Ruskin University (ARU), said: “Our findings suggest that children with autism may misjudge the feelings of others due to an over-reliance on facial cues to the detriment of contextual cues, rather than an inability to recognise facial emotion.

“In fact, we found that children with autism are just as capable as their typically developing peers at recognising static images of facial emotion. However, in everyday life facial expressions are not presented in a vacuum. People commonly attempt to hide their feelings, and therefore accurate recognition of emotion involves processing both facial expressions and contextual cues.

“In our study, the children with autism struggled when asked to describe how the actors were feeling. We believe this is because these children have difficulties integrating the narrative with the facial expressions, and instead their judgments are guided only by the visible emotion on display. In part, this may be due to the higher cognitive demand that more complex stimuli, such as context, place on processing capacity.”