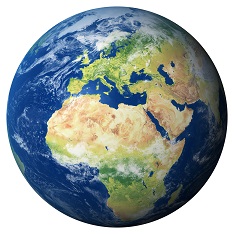 New research has examined the factors that could lead to the collapse of global civilisation, with New Zealand identified as the country most resilient to future threats.

The study, carried out by Nick King and Professor Aled Jones of the Global Sustainability Institute at Anglia Ruskin University (ARU), focuses on “de-complexification” – a widespread reversal of the trends of recent civilisation, potentially seeing the collapse of supply chains, international agreements and global financial structures.

Published in the journal Sustainability, the study explains how a combination of ecological destruction, limited resources, and population growth could trigger a reduction in the overall complexity of civilisation, with climate change serving as a “risk multiplier”, exacerbating existing trends.

This could happen during a “long descent”, over years or decades, or very rapidly, in the space of less than a year, with no warning of the coming disruption.  The academics suggest that a hybrid of these might also occur, with a gradual initiation which then gains momentum through “feedback loops”, leading to an abrupt collapse. The effects could spread quickly due to the increasing hyper-connectivity and interdependency of the globalised economy.

The study identified five countries with the most favourable starting conditions to survive a global collapse by examining self-sufficiency (energy and manufacturing infrastructure), carrying capacity (land available for arable farming and overall population) and isolation (distance from other large population centres which may be subject to displacement events).

It found that New Zealand – along with Iceland, the United Kingdom, Australia (specifically Tasmania) and Ireland – were the nations currently most suited to maintaining higher levels of societal, technological, and organisational complexity within their own borders if a global collapse were to happen.

All five are islands or island continents, with strong oceanic climatic influence. They currently have low temperature and precipitation variability and therefore have the greatest likelihood of relatively stable conditions continuing despite the effects of climate change.

New Zealand, Iceland, the UK, Australia (Tasmania) and Ireland were then qualitatively assessed for their individual, local-scale energy and agricultural characteristics. This identified New Zealand as having the greatest potential to survive relatively unscathed thanks to its ability to produce geothermal and hydroelectric energy, its abundant agricultural land, and its low population.

Iceland, Australia (Tasmania) and Ireland also have favourable characteristics, while the UK presents a more complex picture due to its complicated energy mix and high population density. Although the UK has generally fertile soils and varied agricultural output, it has low per capita availability of agricultural land, raising questions about future self-sufficiency.

Professor Aled Jones, Director of the Global Sustainability Institute at Anglia Ruskin University (ARU), said: “Significant changes are possible in the coming years and decades.  The impact of climate change, including increased frequency and intensity of drought and flooding, extreme temperatures, and greater population movement, could dictate the severity of these changes.

“As well as demonstrating which countries we believe are best suited to managing such a collapse – which undoubtedly would be a profound, life-altering experience – our study aims to highlight actions to address the interlinked factors of climate change, agricultural capacity, domestic energy, manufacturing capacity, and the over-reliance on complexity, are necessary to improve the resilience of nations that do not have the most favourable starting conditions.”