Open data on the rise: the value of EMBL-EBI data resources

An independent study by management consultancy Charles Beagrie Ltd has found that the data resources managed by EMBL’s European Bioinformatics Institute (EMBL-EBI) offer exceptional value for money. The report estimated that the return on investment in research and development depending on EMBL-EBI managed data is worth £1.3 billion annually. 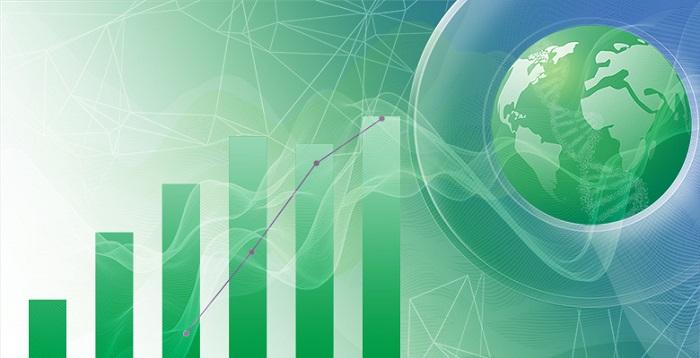 EMBL-EBI is a global leader in the storage, analysis and dissemination of large biological datasets. It is a highly collaborative institute, with data resources run in partnership with organisations throughout the world.

The institute’s data resources are comparable to digital libraries where scientists can freely access data produced by others, and also share their own work in an open and collaborative way. This open data model speeds up discovery by reducing duplication of efforts and by saving researchers significant time and resources.

The study by Charles Beagrie Ltd used multiple approaches to assess the economic value and impact of 44 open data resources managed by EMBL-EBI. More than 4,900 researchers participated in the study, making it one of the largest recent surveys covering open data and open research.

The most direct measure of the value is the time researchers spend using EMBL-EBI data resources. This added up to more than 140 million hours during 2020, equivalent to an estimated £5.5 billion.

Another key value of open data lies in the de-duplication of research effort. An impressive 58% of survey respondents stated that they couldn’t have collected the last dataset they used themselves, nor obtained it elsewhere. If the time saved by users from not having to (re)create the data enabled more research to be done, it could be worth almost £6 billion annually.

“The estimates compare very favourably with the total annual expenditure on the data resources. In fact, the values and impacts are from 11 to 100 times higher than the estimated costs,” said Neil Beagrie, report co-author. “The results point to two major conclusions: EMBL-EBI managed data resources represent excellent value for money, and open data is critical for life sciences. Given that EMBL-EBI is publicly funded, it shows that investment in the institute, its collaborations with organisations worldwide, and in open data are worthwhile.”

“We’ve also found significant increases in usage, value and impact, compared to a similar study we did in 2015-2016,” added John Houghton, report co-author. “It was pleasing, but not surprising, to see an increase in the number of scientists from all corners of the world, who are using these data resources, as well as a higher appreciation of their role in the scientific process.”

The COVID-19 pandemic clearly showed the importance of open science and open data for society. In response to the pandemic, EMBL-EBI intensified its efforts to share molecular data for SARS-CoV-2. The institute set up the COVID-19 Data Portal, which offers open access to millions of relevant data records.

The independent impact study showed that EMBL-EBI managed data resources have been making a major contribution to science throughout the pandemic, with 32% of respondents saying they valued EMBL-EBI resources more as a result of the pandemic.

“All life science research and discovery relies on open data, but being able to quickly share data during a public health emergency can save lives,” said Jo McEntyre, Associate Director of EMBL-EBI services. “EMBL-EBI and its partners are building a robust data infrastructure that all scientists can access freely, to help address global challenges such as pandemics, food security and biodiversity.”

The majority of EMBL-EBI funding comes from the governments of EMBL’s member states. Other major funders include the UK Research and Innovation, via the UK’s Biotechnology and Biological Sciences Research Council and Medical Research Council, as well as the European Commission, the US National Institutes of Health, the Wellcome Trust and others. EMBL-EBI data and services are freely available to everyone.

Read the executive summary or the full impact report.