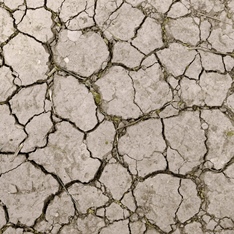 An Anglia Ruskin University (ARU) expert has warned that the effects of climate change overseas could have a potentially devastating impact on the economy here in the UK.

Professor Aled Jones is one of the authors of the International Dimensions chapter of the 3rd Climate Change Risk Assessment for the UK Government, released this week.  The report, which is published every five years, sets out the risks and opportunities for the UK based on current predictions for rising global temperatures.

Professor Jones, Director of the Global Sustainability Institute at ARU, is responsible for two sections – one examining how climate change abroad will affect the UK through overseas conflicts and another focusing on shocks to the financial sector.

The UK economy is particularly exposed to risks because of London’s prominent role at the centre of the global insurance market.  Climate change will lead to rising sea levels and wildfires, as well as an increase in the frequency of extreme weather events such as droughts, floods, and severe storms.

Looking solely at the financial cost of global coastal flooding, even if adaptions are made to mitigate the effects, it is predicted that the UK will be the second worst affected economy in the world by 2080.  Without adaptations, the UK economy will be the worst affected, with losses of over $3 trillion.

In the report, Professor Jones also highlights how the UK financial services sector faces risks from “stranded assets”, as economies shift away from fossil fuel use.  A large proportion of the world’s financial assets are managed in the UK, and many UK-based funds hold investments in companies reliant on fossil fuel extraction or operating polluting factories and power stations.

At the same time, climate change will provide opportunities for the UK financial sector through increased investment in new green technologies as well as through potential new markets for insurance. There are 1.7 billion people living in developing countries currently with no access to financial services, and many of these countries will be disproportionately affected by climate change.

In a separate section, Professor Jones highlights the role of extreme weather events in causing food production shortages and price rises, which in turn can trigger unrest and riots.

The report explains how conflict caused by food shocks and extreme weather events would not only impact UK supply chains but also lead to an increased need for UK military deployment in both international peacekeeping and humanitarian roles.

Professor Jones, of ARU’s Global Sustainability Institute, said: “In the report, we look at the impact of climate change abroad on the UK’s financial exposure through insurance and investments.  Essentially, London being a global leader in finance also means we are heavily exposed to any disruptions elsewhere.

“This is both due to physical risks from climate change on UK-owned or UK-invested assets, or those assets which UK firms provide the insurance for, as well as transition risks that may lead to stranded assets.  For example, if a UK bank has invested in a coal power station in another country, then that may become a stranded asset, meaning it has no value, if it can no longer be used.

“This report also shows how overseas conflicts, either caused or amplified by climate change, can affect the UK.  Our food supply chains could be disrupted, or we may need to deploy more humanitarian aid or peacekeeping missions into conflict areas.  This report highlights that we can’t simply close ourselves off from extreme climate change events that are happening abroad.”