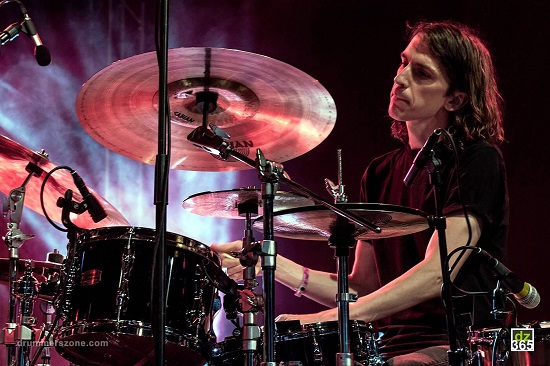 Several artists at this year’s Cambridge International Jazz Festival are breaking down boundaries between genres and creating a musical revolution that redefines jazz for a whole new audience. The Festival kicks off this Wednesday, 13th November and features close to 100 events, from gigs and films to workshops and talks at a range of city centre venues.

The Festival’s top 11 picks of those artists pushing the boundaries of jazz include:

Renegade Brass Band + The Ashton Jones Project (13 Nov, Cambridge Junction) Described by BBC 6 Music’s Chris Hawkins as, “Off. The. Scale!” and “The best wakeup call ever” and BBC Radio 2’s Craig Charles as, “Probably the best brass band working out of Britain!” Renegade Brass Band combines a big brass sound with raw hip-hop vocals and beats. The band has built a huge live reputation as a headline act at festivals and continues to play packed-out shows at venues around the world. Their unique sound and energy have seen them support acts such De La Soul, Busta Rhymes, Grandmaster Flash, Public Enemy, The Cat Empire, Jamie Cullum, Quantic, Craig Charles and many more.

Richard Spaven Trio (14 Nov, Portland Arms): Richard Spaven's widely acclaimed album The Self explores and defies genres, from Drum and Bass to Broken Beat to Dubstep and more. Spaven has gained international recognition and praise for supplying the drums for many artists on stage and in the studio. José James, Guru’s Jazzmatazz, Flying Lotus, The Cinematic Orchestra, TY and more recently Jameszoo.

Vertaal (14 Nov, Portland Arms): Vertaal are a progressive, jazz-funk duo, flirting with the sounds of hip-hop, electronic soul and all kinds of exotic melody. Their ‘on-the-fly’ live shows feature an eclectic host of guest players and improvised interpretations of original songs making for a truly energising and unique musical experience every show.

Harry Greene Trio featuring Ashton Jones (20 Nov, La Raza): Harry Greene studies at The Royal Academy in London and has been nominated for the best young Jazz musician of the year. He is a fabulous musician and is as at home playing guitar as he is on the saxophone. Harry is joined by the world-class rhythm section of Joe Taylor on drums and Alan Carruthers on bass. Ashton Jones is one of the UK’s most promising funk, soul vocalists and songwriters, rapidly becoming known for his vibrant and dynamic live performances.

Roller Trio (21 Nov, Portland Arms): Mercury and MOBO award nominees, Roller Trio are a unique jazz-rock band. Their sound is modern and gritty, pushing sonic boundaries to their limits. Switching the feel of a tune in a heartbeat from edgy improv to anthemic power riffs to reverb-swamped note storms, Roller Trio are powerful and progressive. Their latest album’s (New Devizes) mix of high-octane technicality and deceptively catchy tunes has transcended their jazz heritage, bringing them acclaim from fans and critics alike.

Ishmael Ensemble (23 Nov, Storey’s Field Centre): Electronica group led by producer and saxophonist Pete Cunningham, Ishmael Ensemble’s debut album A State of Flow touches on various styles of music including astral jazz, burbling electronica, trippy minimalism, psychedelic dub, trip hop and club culture. They are hugely influenced by the musical heritage of their hometown of Bristol and the album was Guardian album of the month earlier this year.

Resolution 88 (23 Nov, Storey’s Field Centre): Cambridge-based jazz-funk 5-piece Resolution 88 have already established themselves as one of the UK’s leading exponents of funk jazz with the release of their first two albums and live shows supporting Snarky Puppy, Roy Ayers, Marcus Miller, Larry Mizell & the Blackbyrds, Butcher Brown, Yellowjackets and more. Their music is synonymous with the silky, buttery sound of the Fender Rhodes. Resolution 88 are a bona fide band, a refreshing change in a musical world increasingly occupied by online collaborations and viral videos. They are best mates who love to hang out, play together and make their own music – that sincerity is evident in their songs and their chemistry on stage.

The Brass Funkeys (24 Nov, Storey’s Field Centre): Closing night of the Festival sees the return of The Brass Funkeys, an 8-piece Brass Band pumping out brass-driven funk and drawing on the traditions of New Orleans. Formed in 2011, they have played at major festivals including Glastonbury, Wilderness and the North Sea Jazz Festival as well as London venues including The O2 Brooklyn Bowl, Koko Camden, and Ronnie Scott’s. Whether performing a powerful amplified stage show or as a totally mobile marching band, The Brass Funkeys bring together some of the most talented musicians in an eclectic live show bursting at the seams with infectious energy. They have recently launched their second album Rabble Rouser with a sold-out show at Rich Mix and a 14-date UK tour, featuring 13 tracks of original compositions by band members and covers such as Gorillaz ‘Dirty Harry’ and Royce Wood Junior ‘Honeydripper’. Rabble Rouser marks the Brass Funkeys out as a trailblazer in the new generation of UK Brass Bands.

Commenting on this year’s crop of genre-bending artists, Roslin Russell, Festival Director, said: “We’re delighted to be welcoming some of the UK’s biggest talent to our stages this year. These ground-breaking artists will appeal to a wide range of tastes and people, even those who may think they’re not into jazz or have preconceived notions about it as a musical art form. As a festival, our aim is to not only support established and burgeoning talent but to also keep jazz alive and growing in order to change perceptions and attract new fans to this kind of music.”

For the full line-up of artists, workshops, talks and films visit: www.cambridgejazzfestival.info