Government funding being made available will enable tech start-ups like R4DAR Technologies to bring their innovative products to market much faster.

R4DAR Technologies, a disruptive start-up in the autonomy landscape, has made the final nine of the Zenzic CAM Scale-Up Programme, set up by the UK Government and supported by both industry and academia to accelerate innovation in driverless vehicle technologies.

Five successful winners will be announced at an innovation day this week (26th November), with each being awarded up to £100K in Government funding to speed up the development of market-ready products that satisfy the stringent safety standards needed for real-world deployments. The chosen companies will subsequently form part of the UK Testbed Ecosystem and will be given access to its world class facilities to test their product prototypes by simulating a diverse range of genuine driving scenarios in a controlled environment.

R4DAR Technologies is developing low cost, low maintenance identification technology that augments the reliability of data collected by motion sensors, cameras and LIDARs typically deployed in driverless cars. Using beacons and radars, R4DAR’s breakthrough system is poised to make road furniture, vehicles and vulnerable road users more visible and uniquely identifiable, even at extended ranges. The unambiguous information collected by the system facilitate more accurate and informed decision making, which in turn will help mitigate many of the safety risks associated with driverless vehicles to date.

R4DAR Technologies already has relationships with Millbrook Proving Ground and Smart Mobility Living Lab to rigorously assess and validate its prototype and expects to report on initial findings within a four-month timeframe. R4DAR has previously received a Transport-Technology Research and Innovation (T-Trig) grant from the Department of Transport and is expected to secure further funding in 2021 to scale up R&D. 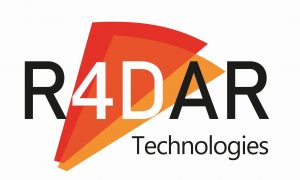