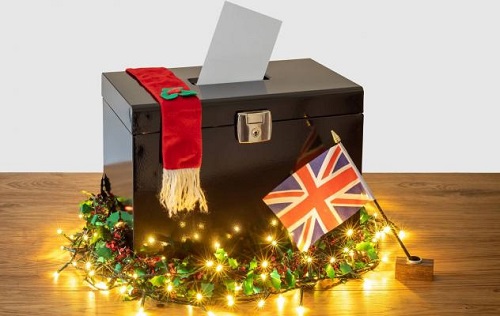 BBC research shows that this was by far the single most powerful message retained by voters from the UK elections this month, and like Saatchi’s (in)famous ‘Labour isn’t Working’ poster from 1979 this single communications strategy won it, despite it being misleading.

Why did it work? Like Peter Bell’s team in 1979 it focused unwaveringly on the top issue of the day. It appealed to the Party’s core and was likely to stir emotions in the waverers. Adding on tidbits like an ‘oven-ready Brexit strategy’ (almost qualifying as three words) correctly identified the other really vital audience: the fatigued middle who, however they voted in the 2016 referendum, didn’t care passionately about politics and were just sick of hearing about Brexit and of logjams in Westminster. It left the Brexit Party nowhere to go and they promptly folded their tent in most electorates. It worked for beleaguered business owners desperate to see ‘progress’ away from prevarication. Around the 2016 referendum, and in the swirling debates about a second one, the Remain lobby couldn’t compete with ‘Take Back Control’.

Labour meanwhile didn’t seem to offer certainty or one simple message, just ‘we will negotiate a deal then have a vote on it’ which, despite some very progressive policies in other areas, lost them traction as it sounded too woolly to a weary electorate, too much like more of the same. The Lib Dem team gambled on a clear headline of ‘Stop Brexit’ but added ‘…when we have a Lib Dem majority in Parliament’ so it was based on something that was clearly never going to happen.

Both of the successful Conservative strategies traded accuracy for impact, gambling that faced with a short punchy message the electorate wouldn’t ask or wouldn’t care enough about key details: Peter Bell later admitted that the 1979 ‘dole-queue’ poster was a doctored photo of a small queue of 20 Conservative supporters, and of course any government won’t really ‘get Brexit done’ for many years.

Like it or not (and many of us didn’t: trust in politicians is at an all-time low) politics since the 70s has shown that a simple powerful three-word message can cut through and win elections. The message needs to work for pragmatists looking for realism, and in a complex and fragmented media world: less regulated and more online but with red-tops still selling millions of newspapers a day. It needs to hit on enough key truths that are important to the key audiences, truths that are hard to refute.

So, forget absolute accuracy for a minute and ask yourself: it may not be the final headline but what three words sum up the ‘jobs’ your product does for your customers, the ‘pain’ that your service removes? If you want help nailing your messaging, then give us a call or send us an email.