Where would you like to walk and cycle in the future?

Cambridgeshire County Council is asking for the public’s input on where people would like to see new and improved walking and cycling routes across the county. 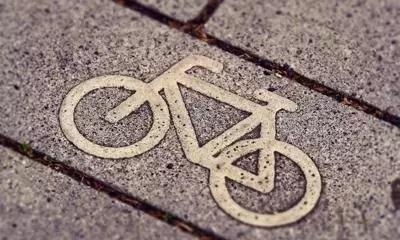 Feedback will help set out priorities for the future development of cycleways and footpaths for years to come by forming part of an early stage policy document called the Local Cycling and Walking Infrastructure Plan (LCWIP).

People can have their say via the County’s Consult Cambridgeshire website with the option to share feedback through a short survey and mark out route suggestions via the online map. The consultation will run through to 13 July.

Councillor Peter McDonald, Chair of Cambridgeshire County Council’s Highways and Transport Committee, said: “This consultation is a brilliant opportunity for people across Cambridgeshire to let us know what walking and cycling routes they would like to see in their area as we draw up this important new plan.

“We have looked across the county and suggested some potential routes which could be created or improved to offer better connections for those travelling on foot or by bike. But we need the public to let us know if these are the right routes for them and to suggest alternatives which would make it easier for them to walk or cycle more often in and around Cambridge and our towns and villages.”

While it may be several years before monies becomes available for routes within the new plan, identifying the best routes and putting this plan in place means that the county will be in the best position to gain future Government funding and progress better cycling and walking routes in our area.

Some initial ideas for potential new routes and existing paths which would benefit from improvements are outlined in the LCWIP documents alongside the opportunity for the public to have their say at: https://consultcambs.uk.engagementhq.com/

All views from the consultation will be analysed and the results presented to the county council’s Highways and Transport Committee for their review.

Members of the public can also request paper copies of the consultation or ask questions by getting in touch by email to transport.delivery@cambridgeshire.gov.uk or by ringing 01223 699906 to request a call back from the team.

Cambridgeshire County Council has a track record of high achievement and a reputation for continuous performance improvements across all its services. ...