After an interval of several years, Red Bull has re-launched its exciting Air Race programme. 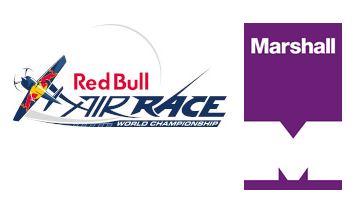 Marshall of Cambridge in conjunction with Red Bull has offered a few tickets to Cambridge Network Founder members.

﻿If you would like to be considered for a free weekend pass for two people at Ascot Racecourse on the weekend of 16-17 August, please contact the Network as soon as possible.

Hospitality packages include a top of the range Sky Lounge ticket which normally retails at around £500 per person per day and will let you experience the Air Race and the Red Bull hospitality package for yourselves.

If you would like to be considered for one of these invitations, please contact Cambridge Network's CEO Claire Ruskin:  claire.ruskin@cambridgenetwork.co.uk

﻿About the Red Bull Air Race

Since it was officially launched, the Red Bull Air Race World Championship has become globally renowned as the fastest and most exhilarating motorsport on the planet.

Devised by the Red Bull sports think-tank, the initial goal was to create the most advanced aerial challenge the world had ever seen; what has evolved into the Red Bull Air Race we know today has far exceeded any original expectations.

It is a visual spectacle unlike any other. A combination of high speed, low altitude and extreme manoeuvrability make it only accessible to the world's most exceptional pilots.

An exciting new feature of the 2014 Red Bull Air Race World Championship is the debut of the new Challenger Cup, giving a new generation of talented pilots from around the world a chance to experience the thrills of the sport.

The 11 outstanding new pilots from 10 different nations will be racing for Challenger Cup points, and the even more valuable Red Bull Air Race track experience on Qualifying Days of the World Championship. The twin aims of the Challenger Cup are to give new pilots the chance to develop their low-altitude flying skills under racing conditions and thus further enhance the overall safety of the world's fastest motorsport series.