What are you building?

What are you building? A life, a career, a business, a family? Maybe all of these? If making your 'building' project is a priority for you, read on, says Hilary Jeanes of PurpleLine Consulting. 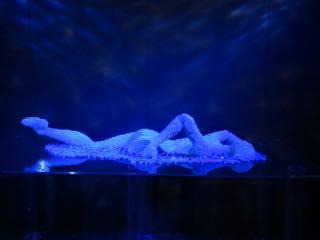 Swim against the current! Follow your own path! Find the courage within! ~ Nathan Sawaya

Recently I visited The Art of the Brick exhibition in London. A series of fascinating works by artist Nathan Sawaya, all built out of Lego bricks.(Pictured above: The Swimmer)

Most of the pieces displayed are human forms of one kind or another - faces in different forms, copies of great works of art like the statue of David and the Mona Lisa in addition to Nathan's own designs.

I was intrigued by the variety of forms Nathan had built out of Lego, yet his thoughts and the imagery behind the projects were even more interesting.

Nathan trained as a lawyer in New York. He had enjoyed playing with Lego as a child and coming home from work to build Lego figures was a way of losing himself in something he loved doing. Eventually he realised that he enjoyed building Lego figures much more than his work as a lawyer and so he became a full time creative artist.

It was inspiring to see the variety of forms that Nathan had created from the oblong coloured bricks. He develops an idea and then, through trial and error, brings his idea to fruition. Sometimes a project takes days, sometimes it takes weeks. One of three short films about his work shows Nathan finalising a figure for an exhibition, only to complete it at the very last minute before the exhibition opens.

What are you building? A life, a career, a business, a family? Maybe all of these. How important is that to you? Does it happen by default or design? And once it's built, is it just left to fend for itself or is there regular maintenance?

In your busy life, how much attention, time and effort are you investing in your 'building' project, reflecting on what is working and what is not, making adjustments to enable you to build whatever it is that is important to you?

If you do what you always do, you'll get what you always got... That's where coaching helps - by interrupting our familiar patterns and building new, more powerful ones.

If making your 'building' project has become a priority for you, get in touch. It's the first step to turning a pipe dream into reality.

Hilary Jeanes works with individuals who want to realise their potential at work and in life.