By Simon Hall Communications consultant and public relations adviser Simon Hall gives us a rundown of how to handle difficult situations without suffering dreadful reputational damage. 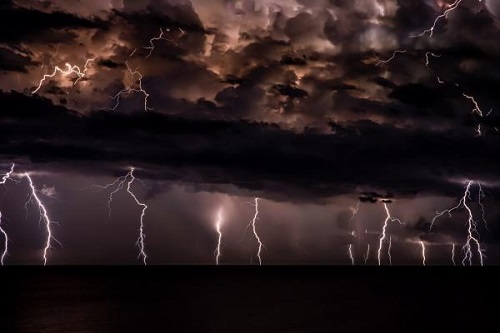 Modern life can be tough on companies, organisations and individuals.

Society now demands more ethical conduct, fairness and openness than once was the case, and quite rightly so.

The problem is, when having to deal with difficult situations, that goes against the grain for many.

Which can cause them very big problems on the reputation front, as we've seen many times.

So here are some thoughts, based on the experiences of those I've worked with, for how to deal with public relations in sticky situations.

The Old School of Crisis Management

The instinct is often to cover up when a problem emerges.

I’ve seen it so many times in places where I've worked:

As if a reflex, managers immediately issue threats, attempt to intimidate, reach for nondisclosure agreements, and try to hush up anyone involved.

But! That's a strategy which has at last had its time.

The New World of Whistleblowing

The trouble for the old school strategy is the cover up mentality no longer works.

Which means, if a cover up is attempted, an issue festers.

First it becomes a sore within an organisation.

With more and more complaints internally, gossip and discontent.

The bosses try to hold the line, but come under increasing pressure, day after day, as yet more injustices become apparent…

And then it bursts into the public arena through whistleblowing, Employment Tribunals, leaks, and the media.

Which causes quite a spectacle: the breaking of the storm you might say, as in the picture.

What happens next is also interesting.

Why was it so damaging?

Not just because of the awful hypocrisy, but the relentless stream of negative news, day upon day upon day...

And the fact that it reeked of an attempted cover up.

Every single piece of information was dragged out of the government, usually by leaks.

The dam had burst, the aggrieved felt empowered, more and more information emerged, and the momentum of the story grew.

That meant new and ugly headlines, sometimes every hour…

To the extent that, eventually, just about everyone was aware of the scandal, even those who don’t usually follow the news.

The result was a public relations disaster and a badly tarnished reputation for the government.

And most sadly of all in such situations of crisis management...

It doesn't have to be that way.

The Solution to Save Your Reputation

How then is it best to handle potentially damaging news in the modern era?

I’ve been involved with a few instances lately, where companies or organisations have had problems and had to think carefully about the best way to deal with them.

One involved an association with a very problematic character, another a significant amount of money which came from a highly dubious source.

What was my advice about handling these issues?

The answer comes in several parts.

The first step is simple but tough, yet oh so critical.

You have to accept you have a problem and own it.

I've noticed how this is remarkably difficult for a large number of so-called managers.

In my experience, far too many prefer to ignore a problem and hope it will simply go away.

But it won't. Not any more.

So owning it, and facing up to it, is critical.

That's even more important if the issue should burst into the open.

The public simply hate ducking and diving, and trying to pretend something isn’t a problem when it patently is.

If faced with such a dreadful moment, you need to make it clear you understand the issue, how serious it is, and that it's being dealt with.

And you need to do so fast.

Because the hectic modern media cycle, not to mention social media, means it can get away from you frighteningly quickly if you don't get on top of the problem.

To be completely on top of an issue, first you have to be in possession of all the facts.

Otherwise you can only tell a partial story, and that leads to the corrosive drip-drip of a stream of damaging revelations, Downing Street parties style.

Take the unpleasant individual problem I mentioned earlier as an example.

There we carried out an internal investigation, and in depth, in order that everything which could be discovered was.

That also involved giving everyone in the company the chance to speak up without fear of recrimination in a sort of truth and reconciliation session.

The results, I’m afraid, were troubling.

For far too long the individual had got away with unacceptable and sometimes simply appalling conduct.

But this strategy cleared the air and made very obvious the extent of the problem.

It also engaged the staff in a way which the company hadn't seen before, and, curiously...

Lifted their morale, as they actually realised the issue was finally going to be faced and dealt with.

No matter what difficult truths they had to hear, all credit to the senior team.

They were committed to dealing with the problem, despite how hard it was, and didn’t flinch from doing so.

Which, incidentally, is one of the differentiators between managers and leaders in my view.

Make It Right, Do The Right Thing

Next you'll need to think about a strategy for how to deal with these painful revelations.

First of all, it's a case of putting the situation right as far as can possibly be achieved.

In the funding case, that involved allocating spending to alleviate some of the damage caused by how the money was made in the first place.

In the problem individual matter, all ties were cut.

You can't always make something right, particularly in the case of historic wrongs.

But it's important to at least show you get the problem, and find a way of trying.

If you've made an error, and it's a bad one, you also need to show you've changed.

Often the most difficult problems come down to an unacceptable culture.

So ensuring the toxic old ways are very clearly and very obviously out, and a new regime is in place is a priority.

Different staff are often needed, as are new processes which deal fairly and openly with issues rather than trying to keep them quiet.

The Hardest Word in Public Relations

Sorry seems to be the hardest word.

Once again, this is something far too many people in positions of power find much too difficult.

But an apology is critical.

Of course the legal folk have to get involved when matters like this arise, but!

In my experience, it's unwise to let them rule the response.

I've seen that before, and it can cause lots of extra problems.

By their nature, lawyers are cautious and tend to try to minimise what's said and done in terms of accepting responsibility and acknowledging fault.

They argue it will help to fight any damages claims.

That's true, it may mitigate a little, but the cost in terms of a damaged reputation is far worse.

Because a lawyer written sorry is a surefire way of really causing a stink.

The public detest apologies which aren't actually apologies at all, and will pour boiling venom upon you for it.

Lawyers are usually not the best at judging the public mood and acting with empathy either.

It's not exactly their job, which is why public relations experts get hired to help.

So listen to the lawyers, yes, but remember they're only advisers.

It's more important to decide on the right thing to do.

With the funding issue, we set about writing, feeling, and truly believing a proper apology.

And because it was genuine and honest, and came across that way, it was appreciated and respected.

The fall out was still difficult, but nothing like as bad as it might have been if we'd made any kind of attempt to defend the indefensible.

Be Open And Honest

This part some managers absolutely choke at.

But cover ups just don't work anymore so it's necessary, however unpalatable.

Whistleblowing is far easier these days, with online access to journalists and regulators available courtesy of just a few clicks of a keypad.

And believe me, if there's one thing a hack loves it's investigating a brewing scandal, and pick, pick, picking away until the truth is out.

(I've done that more than a few times in my BBC days!)

Which means the final stage of dealing with a big problem is to be completely open, honest, and transparent about it.

Reveal everything you know, face the media if necessary, be contrite, and be decent.

You will get knocked around, of course. You deserve to.

But you will also get respect for owning the situation, dealing with it, and doing so with integrity.

The Fall Out of a Public Relations Crisis

So, what of the long term impact of your issue?

Critically, you might get a day of bad headlines and news coverage.

But if you've handled it properly, revealed everything in one go, changed your ways, and made things right...

The next day the agenda has moved on, within a week your story will largely be forgotten, and the damage to your reputation is minimised.

People tend to be forgiving and willing to offer a second chance if they sense genuine remorse and a willingness to change.

That's one of the uplifting characteristics of humanity.

Contrast that outcome with those dreadful and all too common situations...

Where the truth is extracted from an organisation or individual day by day, and week by week…

With all the grace, charm and pleasure of a bad dentist removing a set of rotten teeth.

In short, it's agonising and it causes long term and lasting damage.

In summary, the accepting it, owning it, and dealing with it strategy takes courage.

It takes true leadership, in fact.

But it’s the only way to properly resolve an issue and protect your precious reputation as best you can in difficult times.

It's the right thing to do.

I'm a course leader, tutor, lecturer and coach in Communications and Business Skills at the University of Cambridge. I also run my own media, public relations and design consultancy, Creative Warehouse, work in government, and across the private and public sectors. I can offer communications ...