An introduction to Simon Hall:

Simon Hall is a communications consultant, journalist and author. He was a broadcaster for twenty five years, mostly as a BBC Television, Radio and Online News Correspondent, covering some of the biggest stories Britain has seen.

Simon now works as a communications consultant for the University of Cambridge, and a range of businesses. He helps with strategy, branding, reports, pitches, presentations and speech writing, along with enhancing organisations' media profiles, both conventional and social.

He also works with senior politicians and civil servants in preparing, polishing and presenting their messages.His books - the tvdetective series - are about a television reporter who covers crimes and gets so involved in the cases he helps the police to solve them. Seven have been published.

Simon has also contributed articles and short stories to a range of newspapers and magazines, written plays, and even a pantomime.

He is a tutor in media skills and creative writing, teaching at popular Writers’ Summer Schools such as Swanwick and Winchester, for the National Association of Writers’ Groups, at universities including Cambridge and Exeter, on cruise ships and overseas.

Simon has also become sought after as a speaker, appearing at a variety of prestigious literary festivals. His talks combine an insight into his writing work, along with some extraordinary anecdotes from the life of a television reporter, including the now notorious story of What to do when you really need a dead otter.

He is married to Jess, Director of Libraries at the University of Cambridge, and has an adopted daughter, Niamh. Simon lectures on careers in the media at Cambridge University, and is an aspiration champion in schools and colleges, often working with the Speakers for Schools charity. Amongst his proudest achievements, he includes the number of young people he has helped into leading universities and jobs in broadcasting, and aspiring writers into publication.

You can get a taste of Simon's teaching here https://www.youtube.com/watch?v=FH8egGYFjB0&t=4s

A strong personal brand can position you as an expert in your area of business, attracting customers, partners, investors and media interest.

And building your own brand isn’t as difficult, or time consuming, as you might think, as this course will show you.

Whether you're struggling for words with a speech, presentation, report or blog, this course will help you create a clear and effective story, whatever your communications needs.

You hope it won't happen but when a crisis strikes - from a fire to a cyber attack - how you handle it can make the difference between life and death for your business.

Learn how to be a sharp, stylish and effective speaker, whether you're pitching for investment, trying to attract new customers, or simply enthralling an audience about whatever topic you choose.

Learn how to perform with power and present yourself with purpose in media interviews.

This half day course will teach you how to write compelling blogs and online articles to help enhance you brand awareness, attract new customers and partners, and make you stand out as a leader in your field.

A full day, intensely practical course to provide everything you need to know to film and edit your own videos using only your smartphone. 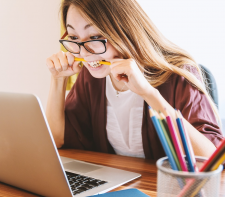 Starring on the screen

How to look your authoritative and beautiful best when running a webinar, holding a video call, or even being interviewed for the television. Ten top tips from Simon Hall...

Want to make your key messages stand out, whether it's a presentation, piece of writing, or any kind of performance? Try a sprinkle of super-striking soundbites, writes Simon Hall...

Five of my favourite tips for fast, but effective communications... at this time of crisis when they're more needed than ever, writes Simon Hall...

Five simple opportunities to help keep you sane through the isolated hours of the coronavirus crisis...

The new world of webinars

After a steep learning curve of experience, communications consultant Simon Hall offers ten top tips on making the new world of webinars work in these days of coronavirus, homeworking and social distancing....

In summary of Coronavirus Crisis Communications webinar, a word from the host

Yesterday saw Cambridge Network’s first online seminars, brought together by communications guru Simon Hall. The two sold-out sessions offered advice, support, humour and most importantly they brought the community together. Links to the recording and presentation are below.

The old saying has it that, "If you don't ask, you don't get", and, writes Simon Hall, here's an example of how asking shows the very spirit you need to succeed... and can bring great results.

The size of a story

You've got an important story to tell, so how long should it be for maximum impact? Not as long as you might think - nowhere near in fact, writes Communications Consultant Simon Hall...

So many people hate it, but it's a critical business skill... and here, Director of Media, Public Relations and Design firm Creative Warehouse, Simon Hall, offers a thought about how to do it well...

A missed flight, and the dangers of cutting it fine, versus the delights of being relaxed and ready - personal experiences with powerful lessons, writes Simon Hall...

The best way to grow in life - and not just via media training, although this experience shows how it can help...

If you're facing a big problem, in business or life, there's one thing above all others to get sorted straight away...

The art of the job interview

If you're facing the ordeal of a job interview, here are a dozen quickfire dos and don'ts to help you make the right impression (and not pick your nose, turn up late with sauce on your shirt etc...)

A wonderfully wise way to make sure that talk, workshop, or event you're holding really has a buzz...

The fairground of life

Do you have a personal philosophy in life? If so, is it taking you to the right places, both in your work and leisure worlds? Maybe it's time to rethink your take on life...

The business of loneliness

Do you get lonely in your working life? Here are ten tips which can help alleviate the isolation...

The power of preparation

Do you want to make sure that event you're working on goes brilliantly? Then no matter how busy you are, start investing some time in it right now...

Are you thinking of changing career for the New Year? Simon Hall says: "I did it, and it was tough, but ultimately hugely rewarding and fulfilling. This article gives you a list of tips to make such a big move a big success..."

Simon Hall details his top five hard-learned lessons from 2019 to help you motivate, manage, and articulate your ideas.

How taking a break can mean you actually do more work... and who wouldn't want to hear about that?

You know you’ve got to be there in this modern business world, but you also know you’re a long way short of making the most of social media. And anyway, where’s the time? This course will show you how to get on the platforms of most benefit to your company, and how to use them to maximum effect with the investment of just a few minutes of your day.

The power to tell a good story – whether in business or the rest of life – can guarantee you a captive and fascinated audience. Discover the secrets of storytelling with this half day course.

“It takes 20 years to build a reputation and five minutes to ruin it,“ said business guru Warren Buffett. Having crisis communications plans prepared in advance, the right team ready, and knowing what to say when your reputation is threatened can mean the damage is quickly forgotten, instead of long remembered.

Find out all you need to know in this half day course.

Choosing the right words can make the difference between success and failure if you're looking for a job, to appoint a member of staff, trying to persuade and inspire, and so many other things.

Discovering (and profiting from) your hidden talents

A surprise discovery inside yourself which can bring in new income, make you feel good, and benefit a lot of people. What's not to like?

What to wear for a webinar

Coronavirus has thrown many challenges at us.   A tiny, but nonetheless knotty one, for me at least, has been what to wear when hosting a webinar.

The second part of my photodiaries of the impact of coronavirus in and around Cambridge...

I've been quietly keeping a photodiary of the onset, and progress, of the coronavirus pandemic in and around Cambridge.

A webinar woe, and a quick and easy fix

Simon writes of his schoolboy error of webinar woe, and how to fix it fast...