Is 2020 the year for augmented reality marketing? 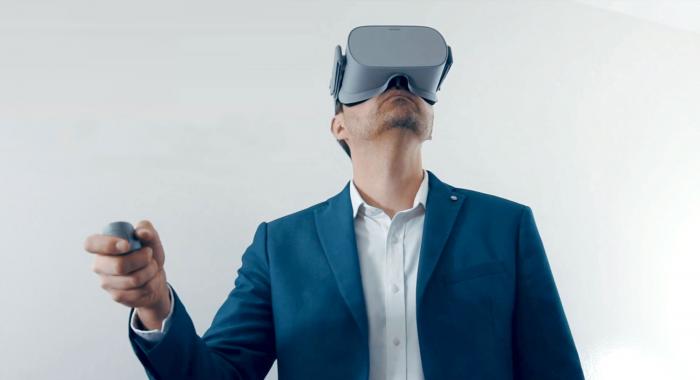 With the global pandemic forcing many physical events in 2020 like Glastonbury and the B2B Marketing Expo postponing or cancelling altogether, RCD Digital Marketing spoke to Matthew Key, Managing Director at the award-winning augmented reality (AR) agency Engine Creative about what role AR can play for brands in these times.

“ Sixty-four perccent of marketers are already using or expecting to use AR and VR in the near future” - That stat was from back in 2019.

Now in 2020, with social distancing in place, AR has seen its demand increase tenfold, as Matthew noted:

"We've been inundated from organisers of events, conferences and exhibitions asking us how they can recreate their event using virtual or augmented reality. AR has been growing consistently since 2010 with many big brands building their marketing campaigns around it - but it has now taken another big leap forward."

Up until the last few years AR was limited to household names with bigger budgets like Tesco, Lacoste and ASOS. But the technology is now much more accessible with smaller brands in particular having the greater opportunity to virtually jump into AR. Engine Creative have even developed a new platform, ‘Reydar’, aimed at those wanting to create off-the-shelf AR campaigns:

"Our new platform can help brands build in-house AR campaigns. Much like how they would create pages on a WordPress website, our AR app 'Reydar' has an in-built CMS to let marketing teams create their own AR campaigns. It's now much more affordable and faster to create AR-driven marketing campaigns".

One of the question marks that has often loomed over AR and VR (virtual reality) is how useful is its role in marketing campaigns? Simply put - is it just a gimmick?

The thing is, even as a gimmick, it can still provide an impressive feat of magic for sales pitches. Engine Creative previously worked with Delphi, a leading global supplier of automotive parts, to create an interactive app that users could explore on an iPad. The app, when held up to a car, showed the moving parts within the engine along with hotspots for users to gain specific information about each part. In other words, not only were clients wowed by the tech, they also gathered the information to make a decision.

Particularly for events, exhibitions and conferences, the balance has to be right:

"The key to creating a successful virtual event is finding the right blend of impressive, entertaining visuals alongside informative dialogue. While virtual reality in itself is a really enchanting medium that can leave a long-lasting impression on clients, the experience is a lot more fulfilling when the original purpose of the event is executed".

To find out more about getting started with AR, check out reydar.com.